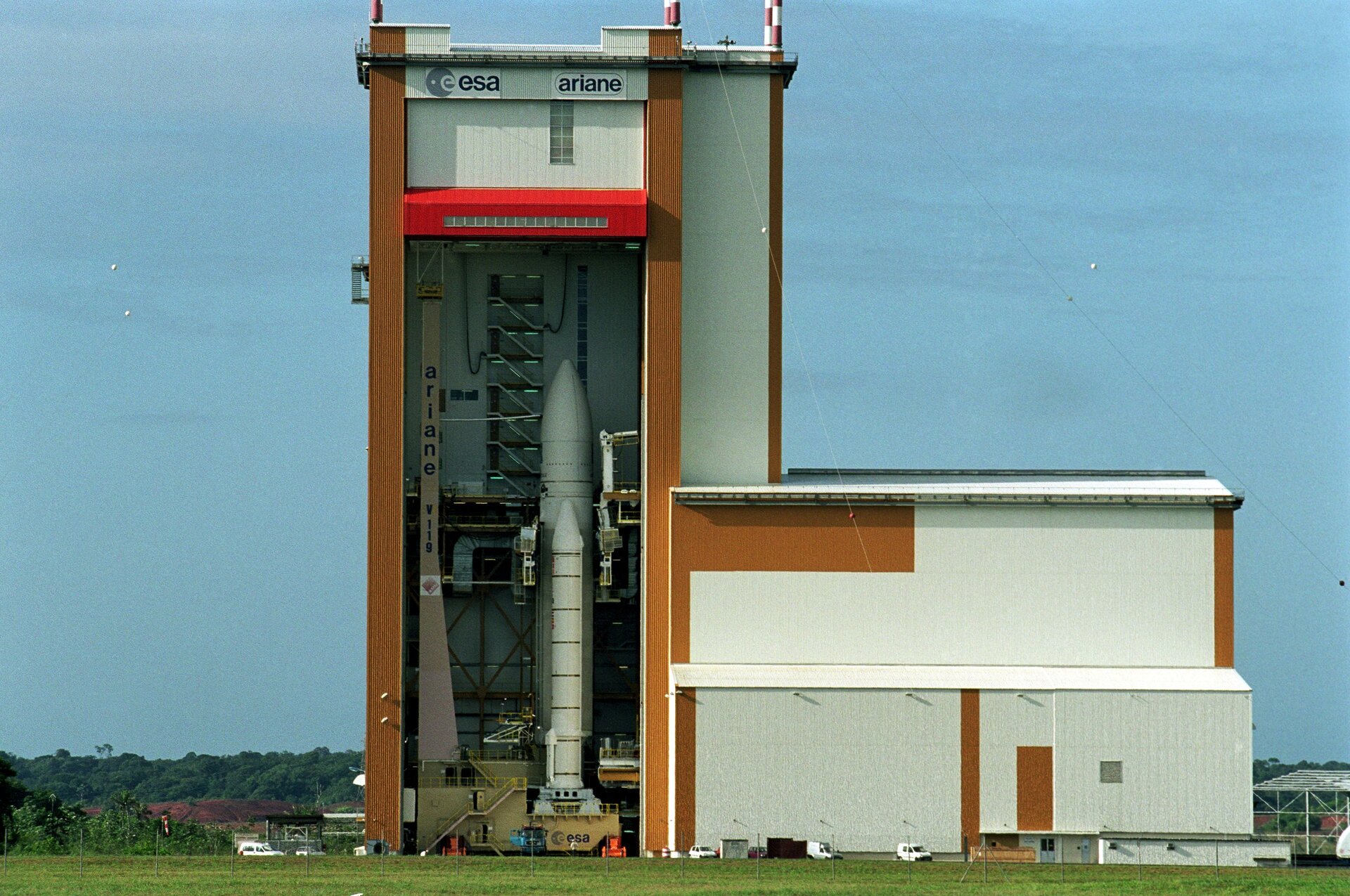 The Ariane 5 ground installations (Ensemble N°3 de Lancement Ariane - ELA-3) which have been entirely financed by the European Space Agency, are constituted of four main areas.
Corresponding to the launch vehicle's concept, they have been built to streamline launch operations, to allow for further growth and to respect all the safety constraints.
The four main areas are:
- the solid-propellant booster integration building
- the launcher integration building, BIL (left of the view)
- the final assembly building, BAF (right of the view, in the background)
- the launch zone.
A launch table is used to transport the Ariane 5 vehicle between the launcher integration building, the final assembly building and the launch zone.
The Launch Control Centre controls all campaign operations. Arianespace took possession of these ELA-3 facilities on 25th November 1997 and the formal hand-over ceremony occurred on the 4th March 1998.
In 1999, new facilities were built to accommodate the increase of Ariane 5 launch rate:
- The boosters storage building (BSE - Bâtiment Stockage des Etages), (right of the view, in the frontground)
- The building Bâtiment 315 in the UPG (Usine de Propergol de Guyane) to store the boosters' segments.
- The pallets revalidation building (BRP - Bâtiment de Revalidation des Palettes) used to refurbish and store the pallets which support the boosters from the integration up to the launch. On the pad, these pallets support the entire weight of the launcher before lift-off.