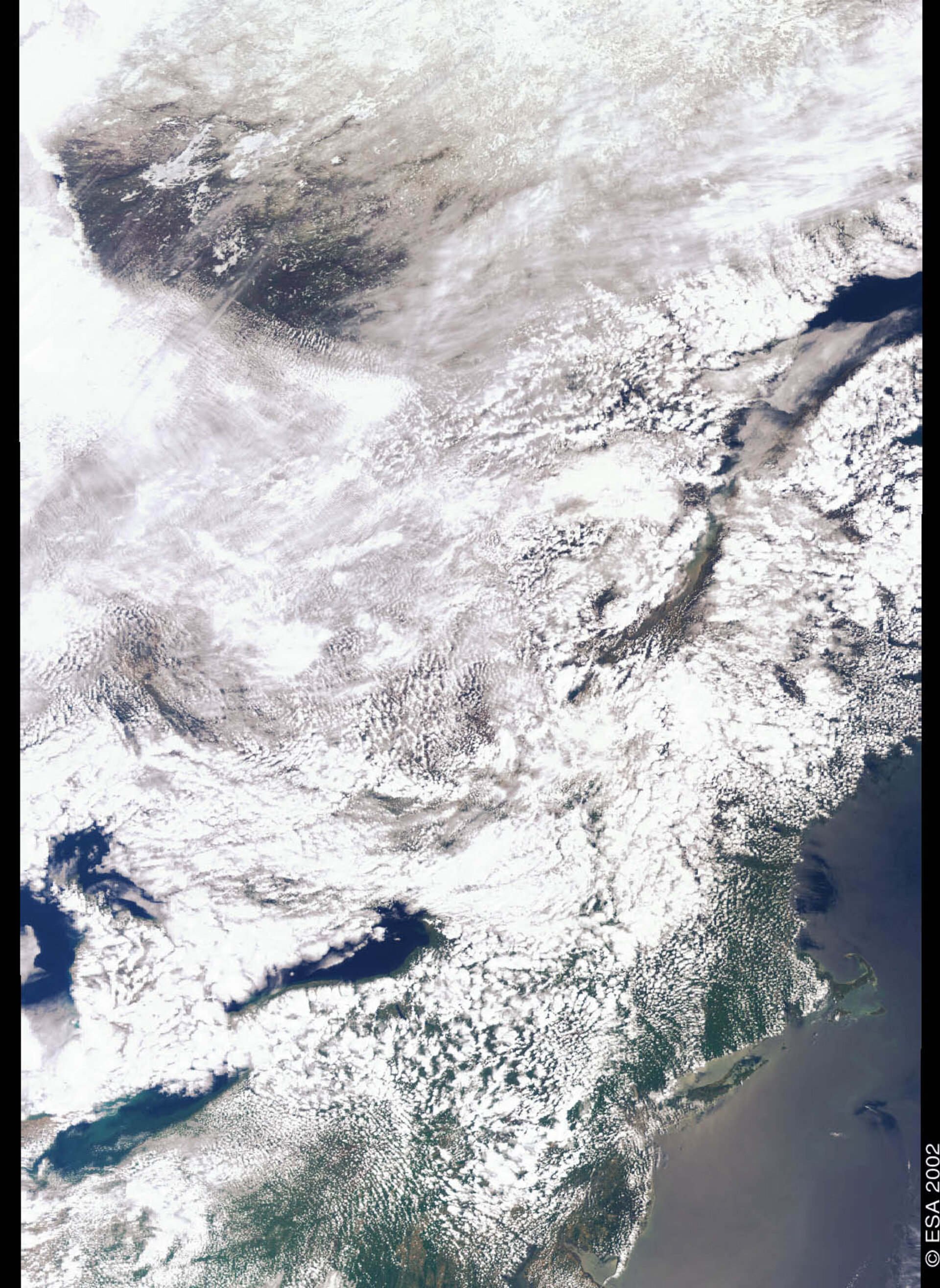 The 20th of May was a cloudy day over the North American landscape. Over water, however, the sky is clear. Along the U.S. East Coast, close to Cape Cod Bay and Long Island, two major American cities, Boston and New York, can be seen. Lake Ontario, Lake Erie and Lake Huron are clearly visible as well. One can distinguish green patterns in Lake Erie showing the fluorescence signal as received by Envisat’s MEdium Resolution Imaging Spectrometer (MERIS). This is due to the presence of phytoplankton. The redder an area is, the stronger the fluorescence from phytoplankton.

An enlargement of the area is shown in the other North American MERIS image available in the image gallery. The enlarged image is a concrete proof that MERIS is fulfilling one of the requirements that drove its development: detect the weak phytoplankton fluorescence signal from space. It is an early demonstration that MERIS outstanding radiometric quality can be used to further understand the complex process regulating the Earth’s climate, along with its bio- and geo-chemical cycles.

Thanks to its radiometric quality, MERIS will be able to detect chlorophyll concentrations of less than 1/10.000.000 of a gram per litre of water. MERIS was also design to detect one of the secondary effects of the light absorption by phytoplankton: the fluorescence. The fluorescence is a mechanism by which, the chlorophyll pigments re-emit a small portion of the blue light they have absorbed. Besides being a good indicator of the presence of phytoplankton, MERIS fluorescence should provide scientists with new data allowing them to better understand the development mechanisms of phytoplankton.