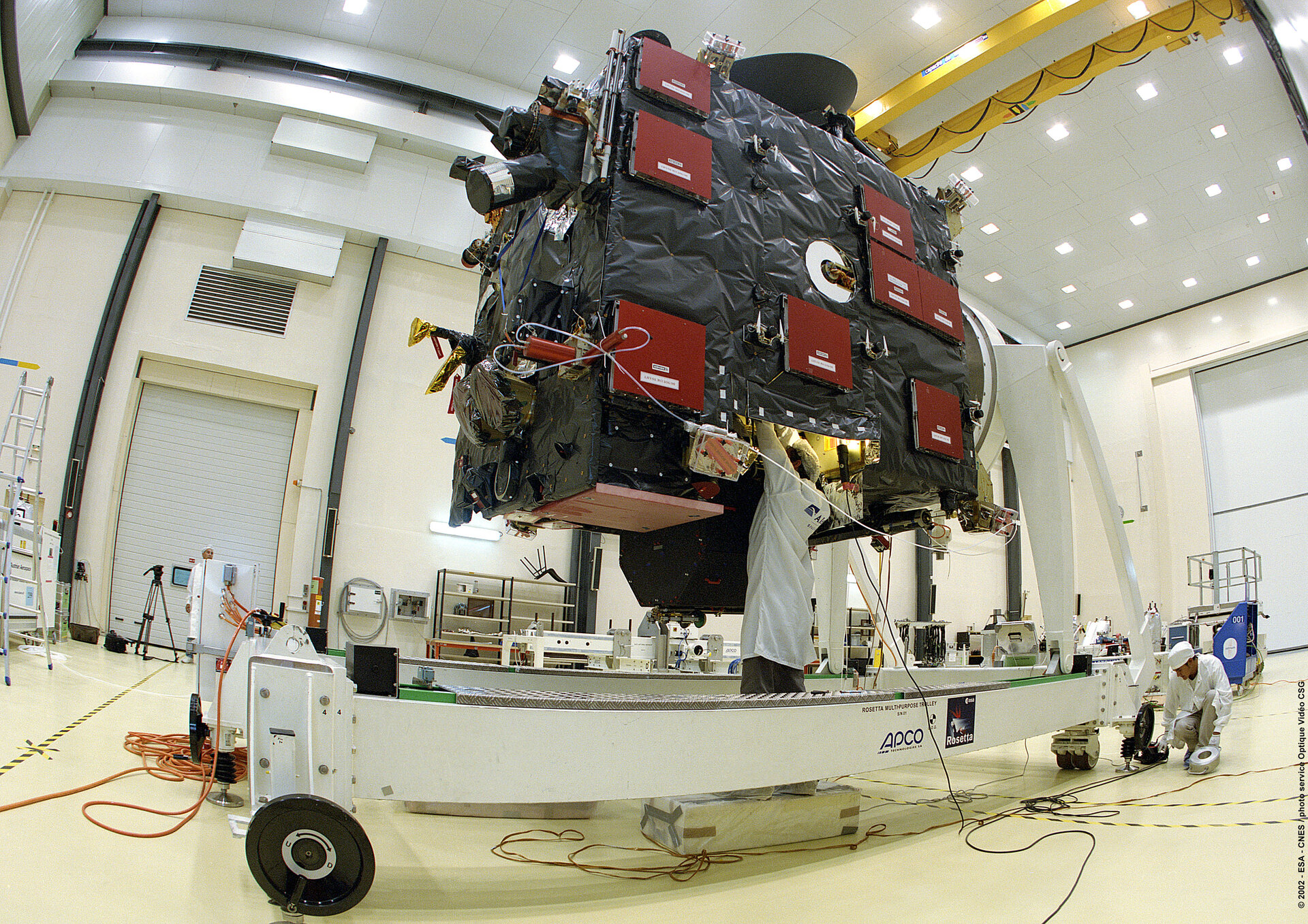 The picture shows manipulation of Rosetta’s lander at CSG facilities, in September 2002.

ESA’s comet rendezvous mission, which has been selected as a 'Cornerstone' mission of ESA’s long-term science programme 'Horizon 2000'.

The mission goal is a rendezvous with Comet 67P/Churyumov-Gerasimenko. On its 11-journey to the comet, the spacecraft will fly close to two asteroids. The spacecraft will map the comet’s surface in fine detail and deploy a package of instruments (the Rosetta lander) to study some of the most primitive, unprocessed material in the Solar System. The mission will provide clues to the physical and chemical processes that marked the systems beginning 4600 million years ago.

Rosetta will be launched in February 2004 by an Ariane-5 from Kourou, French Guiana.