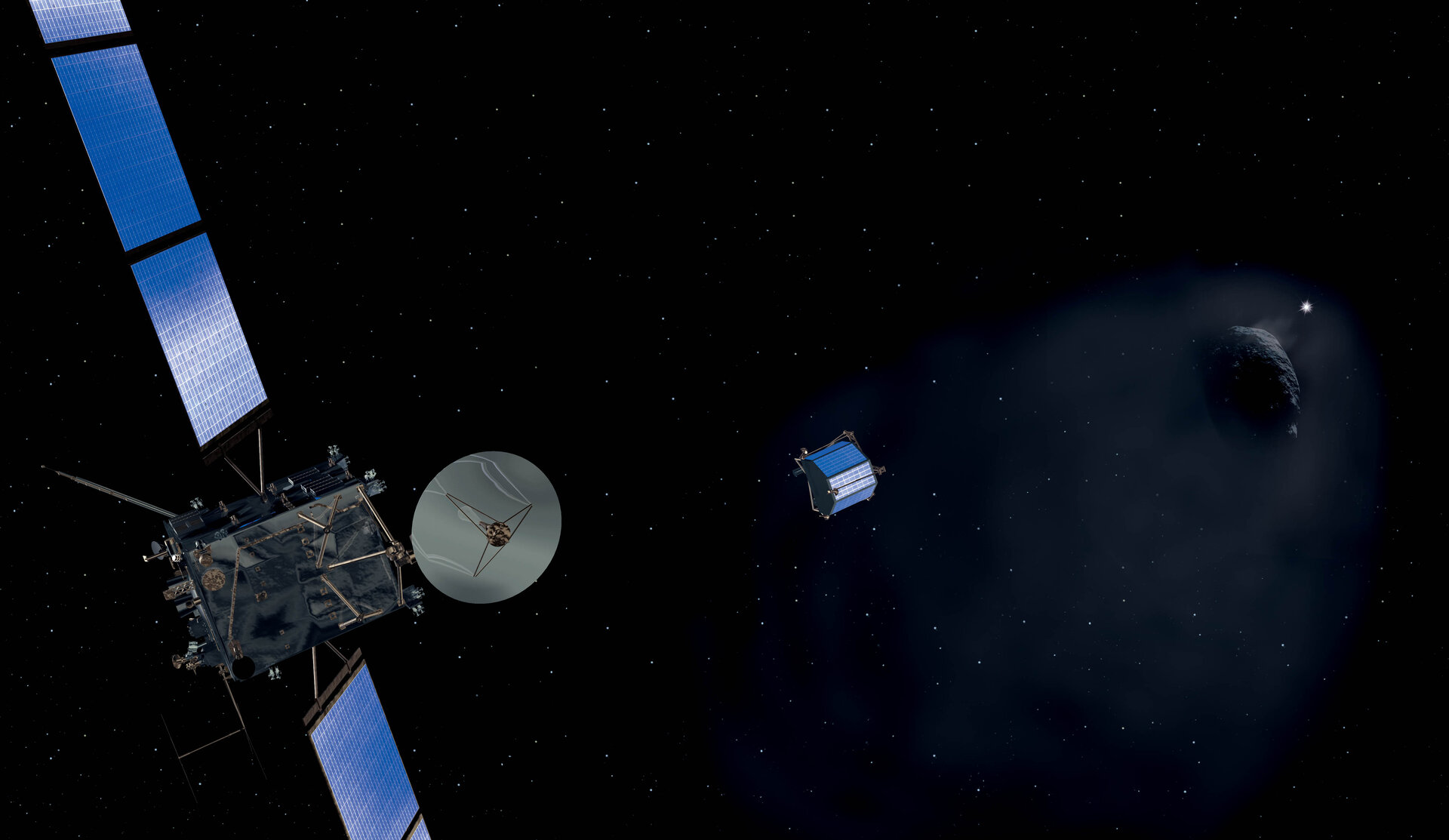 An artist's impression of Rosetta, its target Comet 67P/Churyumov-Gerasimenko and the Philae lander being delivered onto its surface.