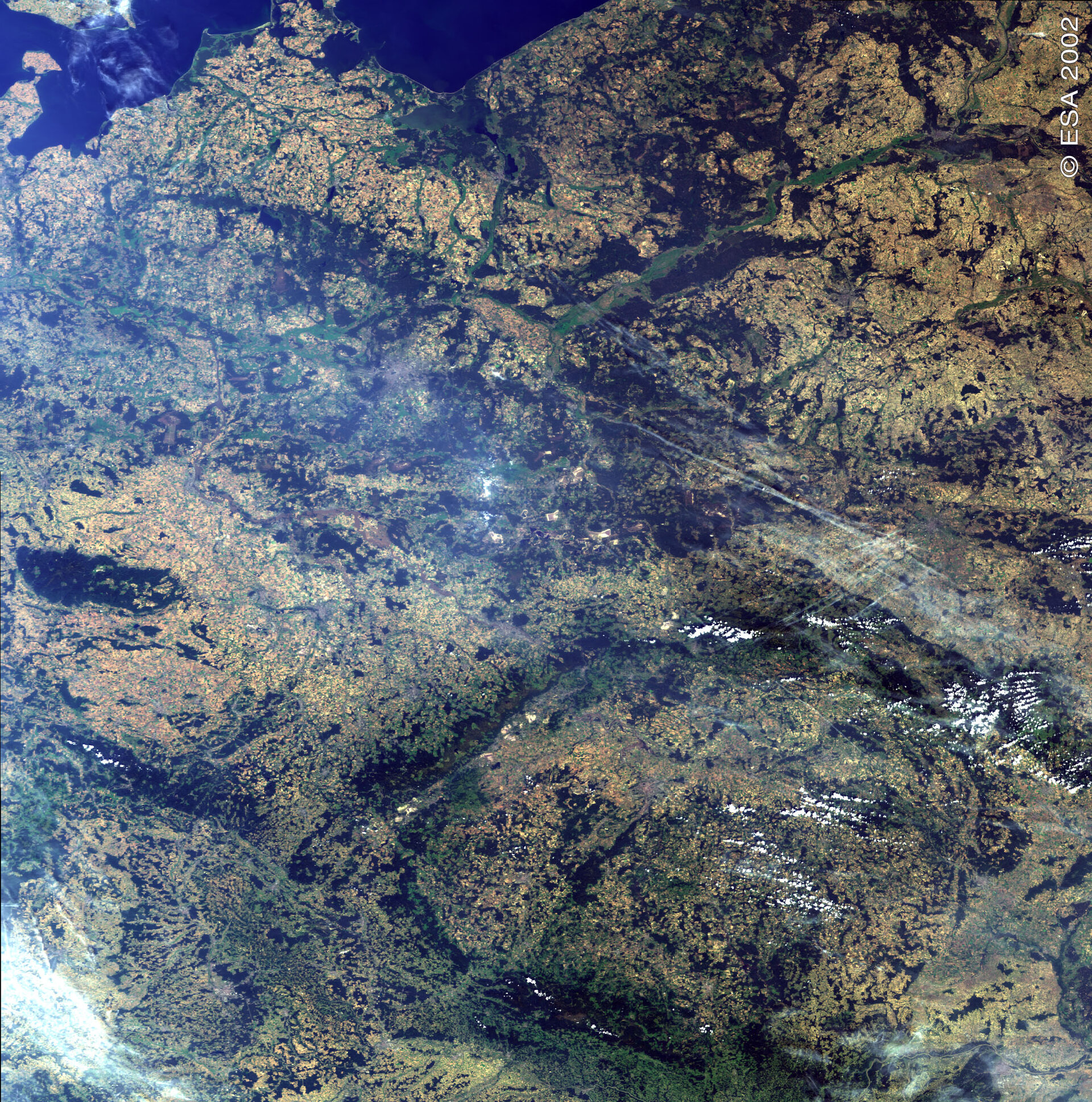 Eastern Germany is shown in this Medium Resolution Imaging Spectrometer (MERIS) image, also parts of western Poland and the Czech Republic. Towards the north of the image the green valleys of the Oder and the Warta Rivers can be clearly seen, the former part defining the boundary between Germany and Poland. Just to the west of where these rivers converge is the city of Berlin, looking closely at the centre of the city and the Tiergarten can be made out. On the other side of the border to the south of the Warta is the Polish city of Poznan.Further south is the city of Dresden. South of here, and over the Czech border the city of Prague can be seen.