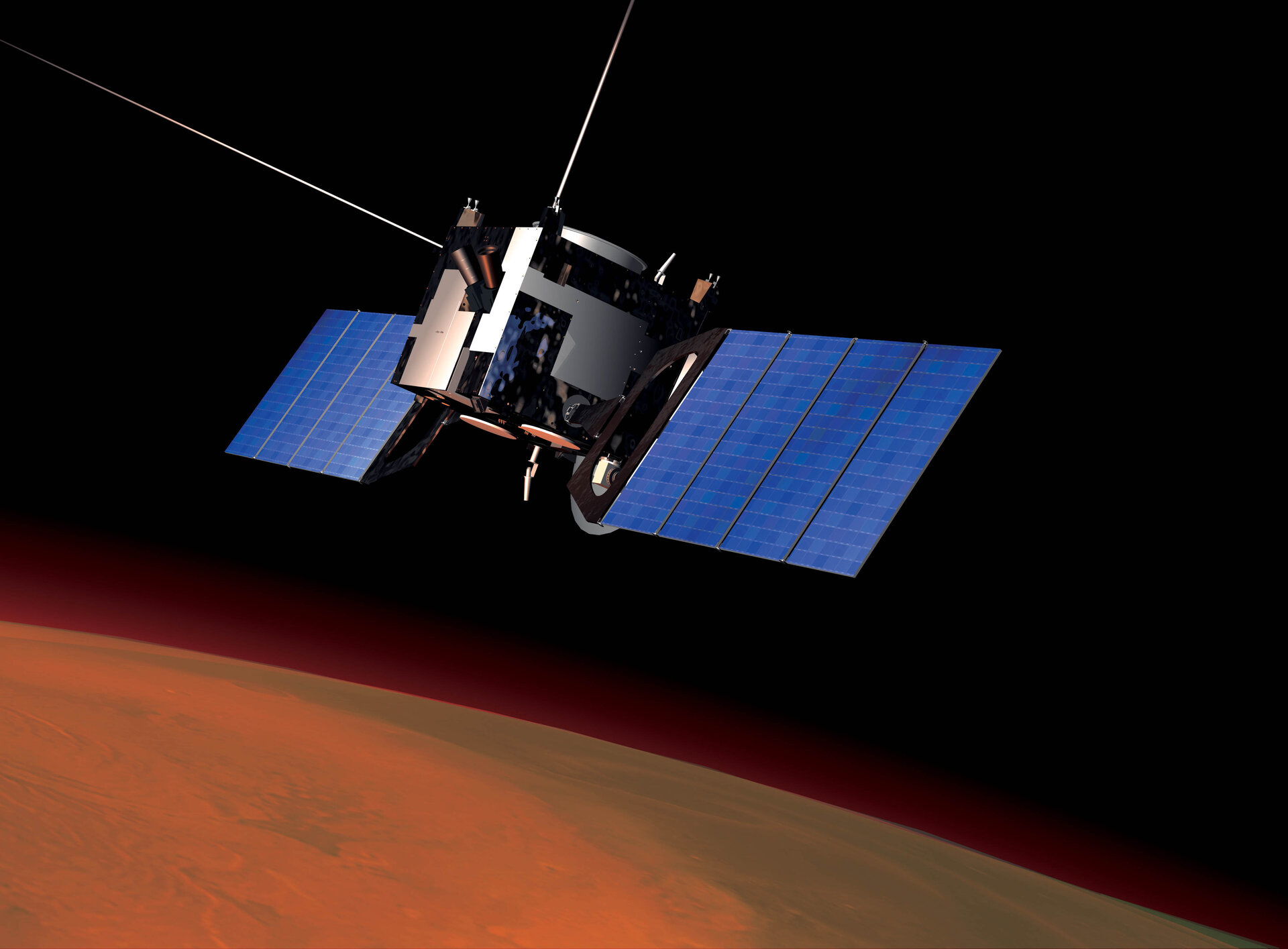 Artist's impression of Mars Express in orbit around Mars

Mars Express in orbit around Mars.

Mars Express will leave Earth for Mars
in late May or early June 2003 when the
positions of the two planets make for
the shortest possible route, a condition
that occurs once every twenty-six
months. The intrepid spacecraft will
start its six-month journey from the
Baikonur launch pad in Kazakhstan onboard a Russian
Soyuz/Fregat launcher.