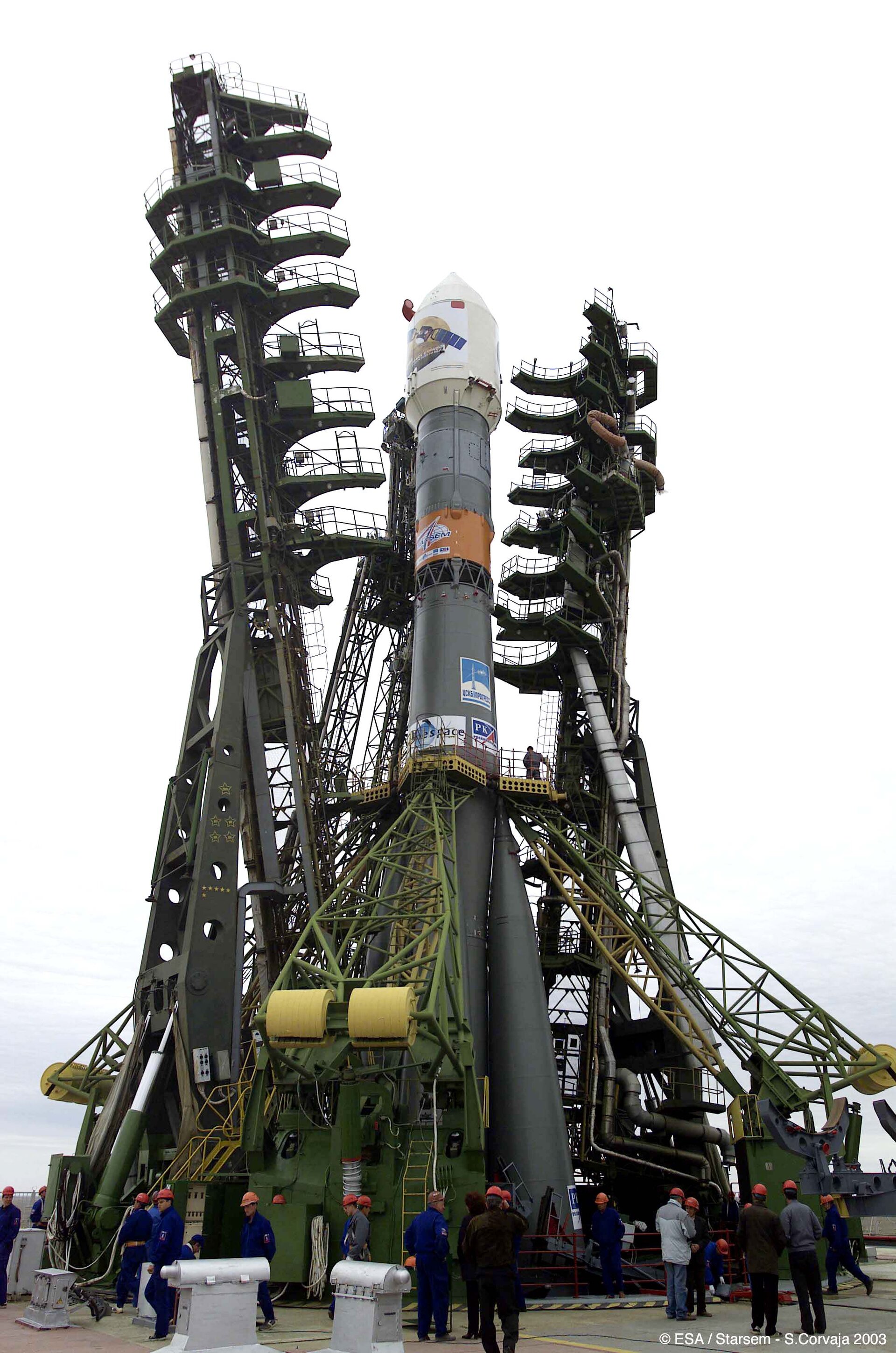 Soyuz/Fregat on the launch pad

28 May. The Soyuz/Fregat launcher, with its passenger Mars Express, is moved into the upright position on the launch pad in Baikonur.

Europe's first mission to the Red Planet Earth sets off
on 2 June 2003 when the
positions of the two planets make for
the shortest possible route, a condition
that occurs once every twenty-six
months. The intrepid spacecraft will
start its six-month journey from the
Baikonur launch pad in Kazakhstan onboard a Russian
Soyuz/Fregat launcher.