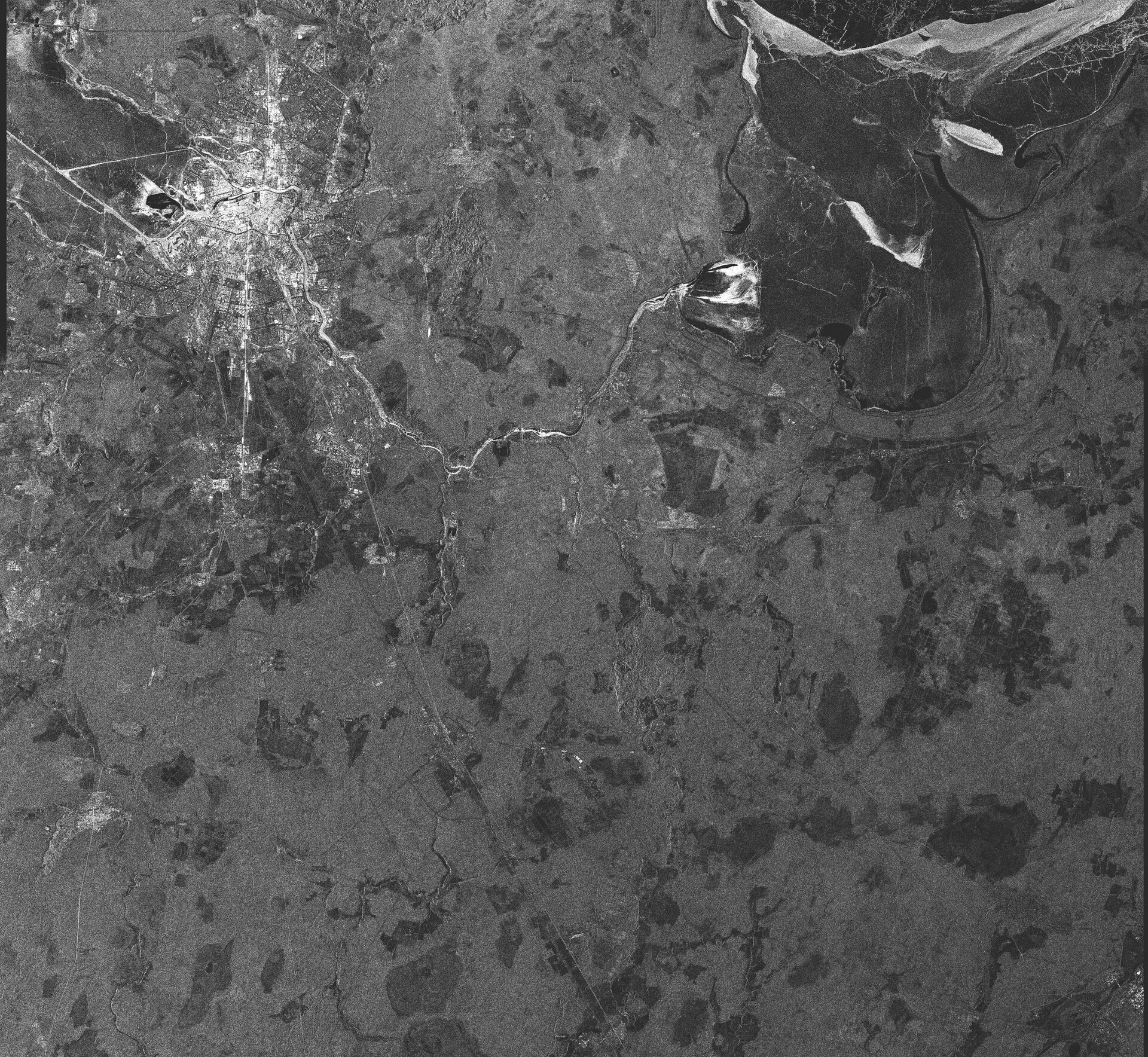 This image shows an area of 100km swath with acquired over St Petersburg, called in the past successively Petrograd and Leningrad. St Peterburg (whose original name was reinstated in 1991) is today Russia's second largest city, the main seaport and manufacturing region and an important link to Europe and the rest of the world.
The city is visible as a bright zone in the upper left corner. The Lena river, visible as a bright line crossing the image from right to left, divides the city into four main districts and links the Ladoga lake (low grey tones in the upper right corner) to the frozen gulf of Finland (left hand side of St Petersburg) which is visible as light grey tones.
The grey tones variations located in the south section of the image reveal the presence of different kind of surfaces. High density of vegetation (as forest) or melting ice (with strong presence of water) produce lower backscatter towards the antenna, resulting as dark areas in the image. On the other hand, bare soil produces stronger backscatter energy towards the antenna and lighter colour in the image.