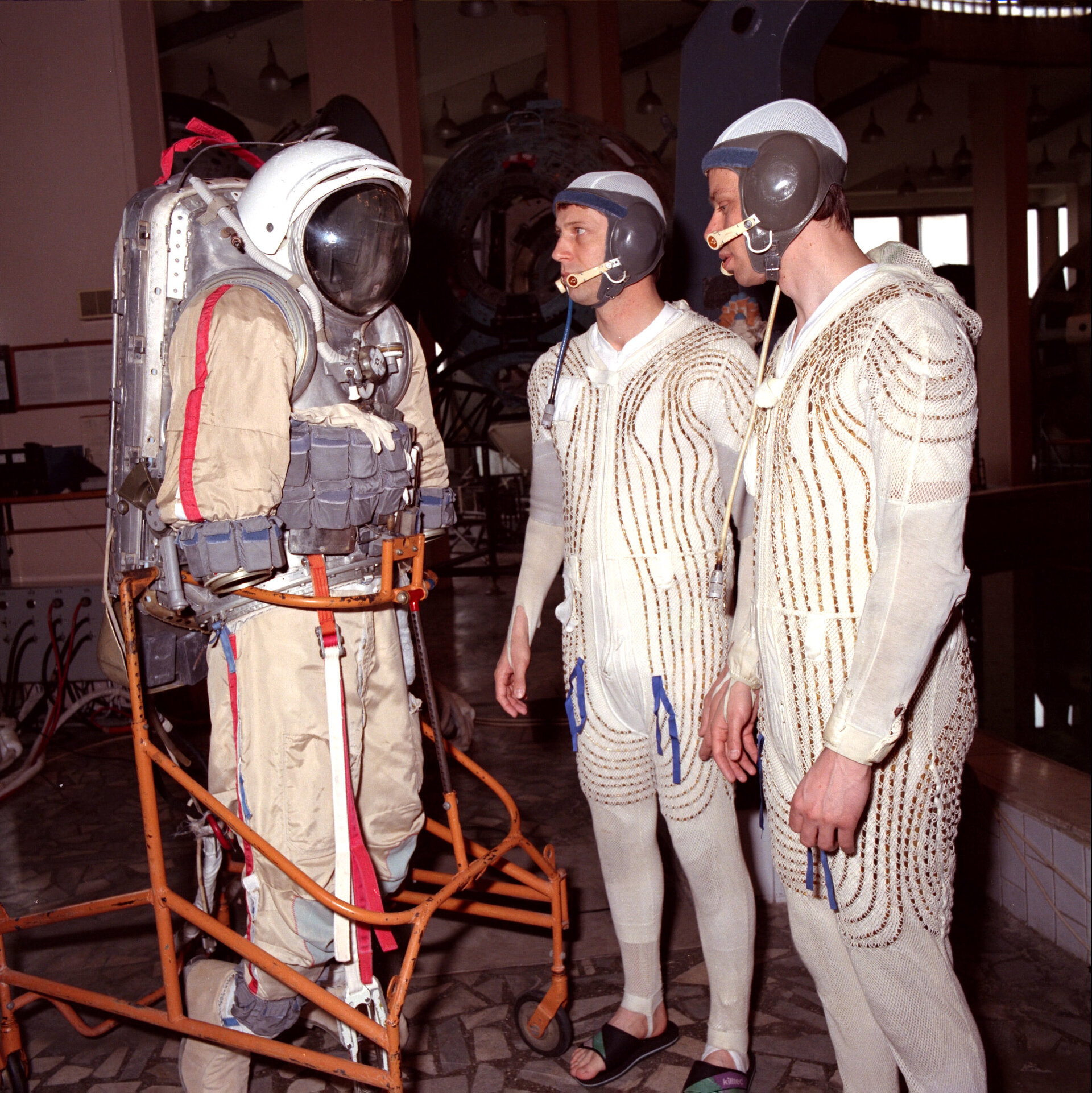 EVA training for the Euromir 95 mission

Euromir 95 mission - EVA training for ESA astronauts Thomas Reiter and Christer Fuglesang. Reiter (centre) and Fuglesang (right) in cooling suits worn under the special spacesuit (left) during training in the pool. Water is pumped through coils in the cooling suit to keep the astronaut cool while he works under water in the watertight EVA suit

ESA-Russian Euromir 95 mission to the Mir Space Station, along with Russian colleagues Yuri Gidzenko and Serguei Avdeev. Thomas Reiter was assigned as on-board engineer for the record-breaking 179 days mission (3 September 1995 until 29 February 1996). He performed some 40 European scientific experiments and participated in the maintenance of the Mir Space Station. He performed two spacewalks (EVAs) to install and later retrieve cassettes of the European Space Exposure Facility experiments (ESEF). Christer Fuglesang was assigned to the back up crew.