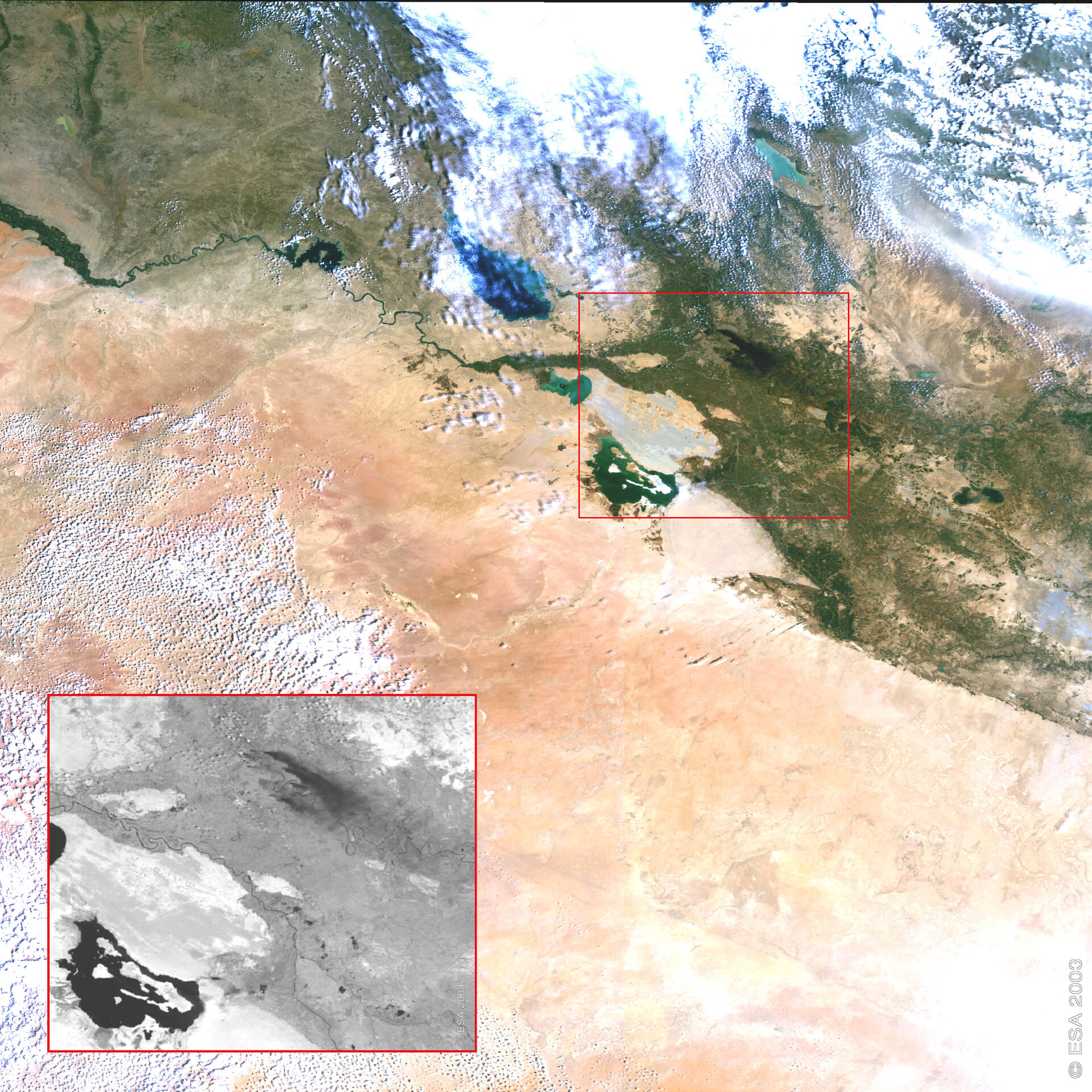 This Medium Resolution Imaging Spectrometer (MERIS) image shows a part of the south of Iraq where the country slopes downwards to form a broad central alluvial plain, which is occupied by the valley of the river Tigris (flowing from the top centre of the image, covered by clouds) and the Euphrates (flowing from the top left corner). West of the Euphrates, the land rises gradually to meet the Syrian Desert. The image was acquired during the Second Persian Gulf War.

In the bottom left part of the image is shown a zoom corresponding to the city of Baghdad, generated with the near infrared band (900 nm). Using this wavelength both Tigris and Euphrates courses and burning focus can be identified better.