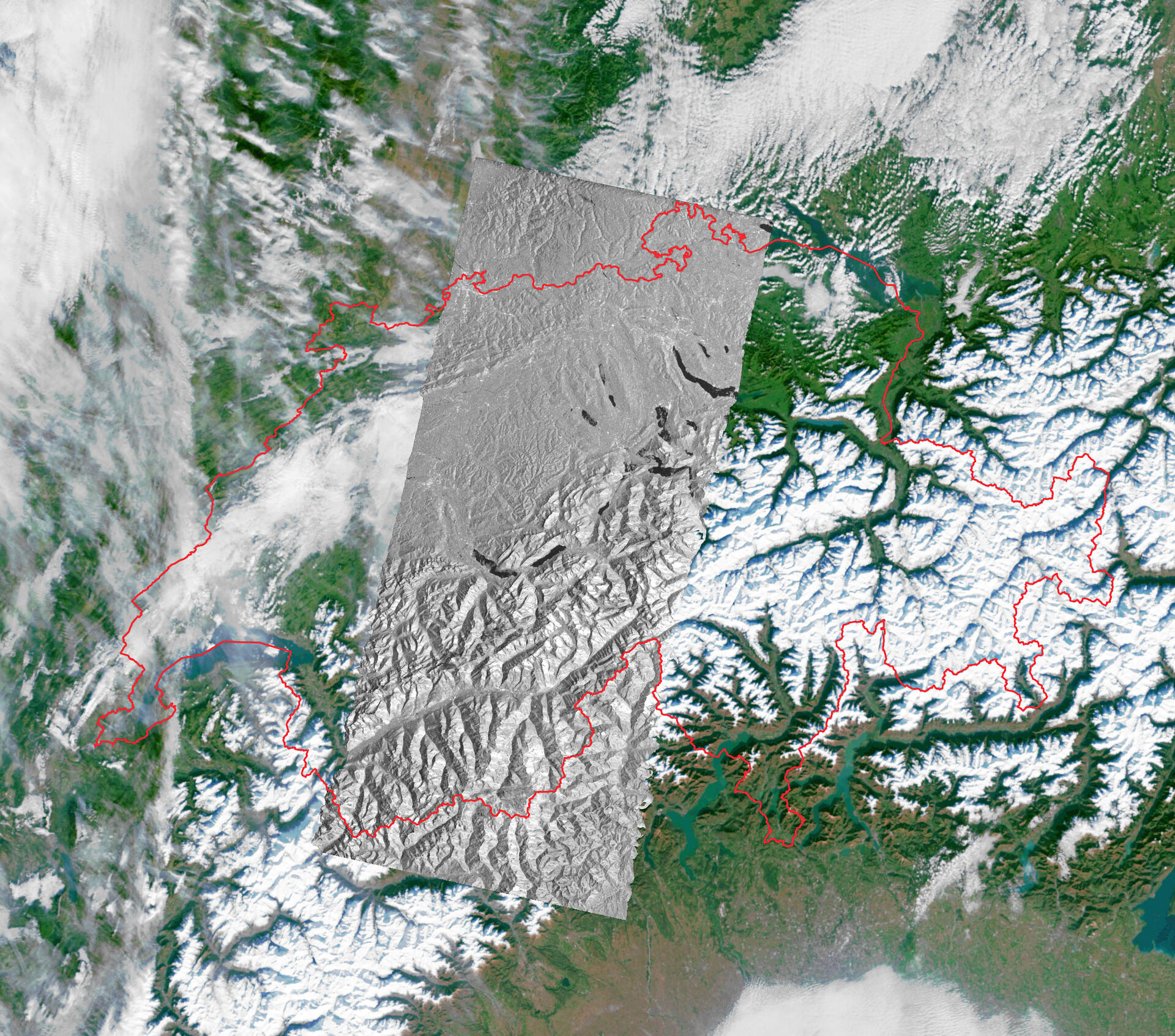 This image shows an area centred over Switzerland (red vector outline) where subsets acquired by two different sensors, MERIS and ASAR onboard Europe's Envisat Environment satellite, have been combined. One of the main advantages of this image is that it shows the new application capabilities offered by Envisat. While the basic image in colour was acquired by the Medium Resolution Imaging Spectrometer MERIS (FR-Mode, 300m resolution) on December 1, 2002, the black and white data overlay was collected by the Advanced Synthetic Aperture Radar ASAR (VV-Polarisation, 150m resolution, IS2 swath) on November 6, 2002. The MERIS and ASAR images were geocoded using a digital elevation model in the Swiss oblique Mercator map projection. In the case of the ASAR image mode medium resolution (IMM) product, the terrain-geocoding operation corrected the geometric distortion (layover and foreshortening) inherent to any SAR acquisition over mountainous areas, by transforming the image from radar geometry (accounting for the IMM's multiple ground to slant range references) to map geometry (Swiss map coordinates).