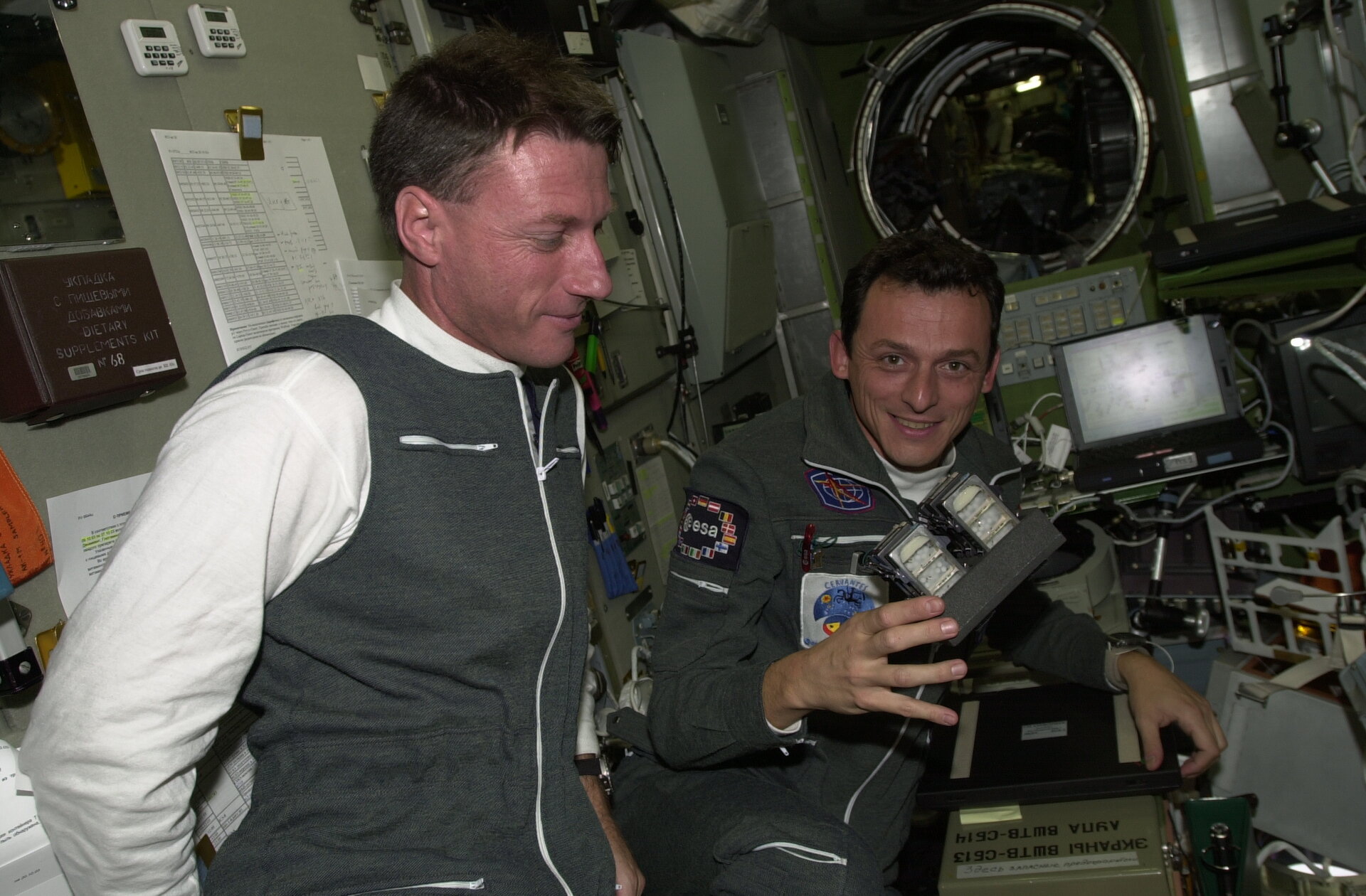 ESA astronaut Pedro Duque together with NASA astronaut Michael Foale during the Cervantes Mission on board ISS.

Pedro Duque is holding one of the containers for the AGEING experiment - there are fruit flies inside the container.

During the Cervantes Mission ESA astronaut Pedro Duque will carry out a full scientific programme, spending some 40 hours of his eight days on the ISS on experimental activity. Most of the experiments are sponsored by the Spanish government although there are also a number of reflights of experiments from the Belgian Odissea mission to the ISS in October 2002.