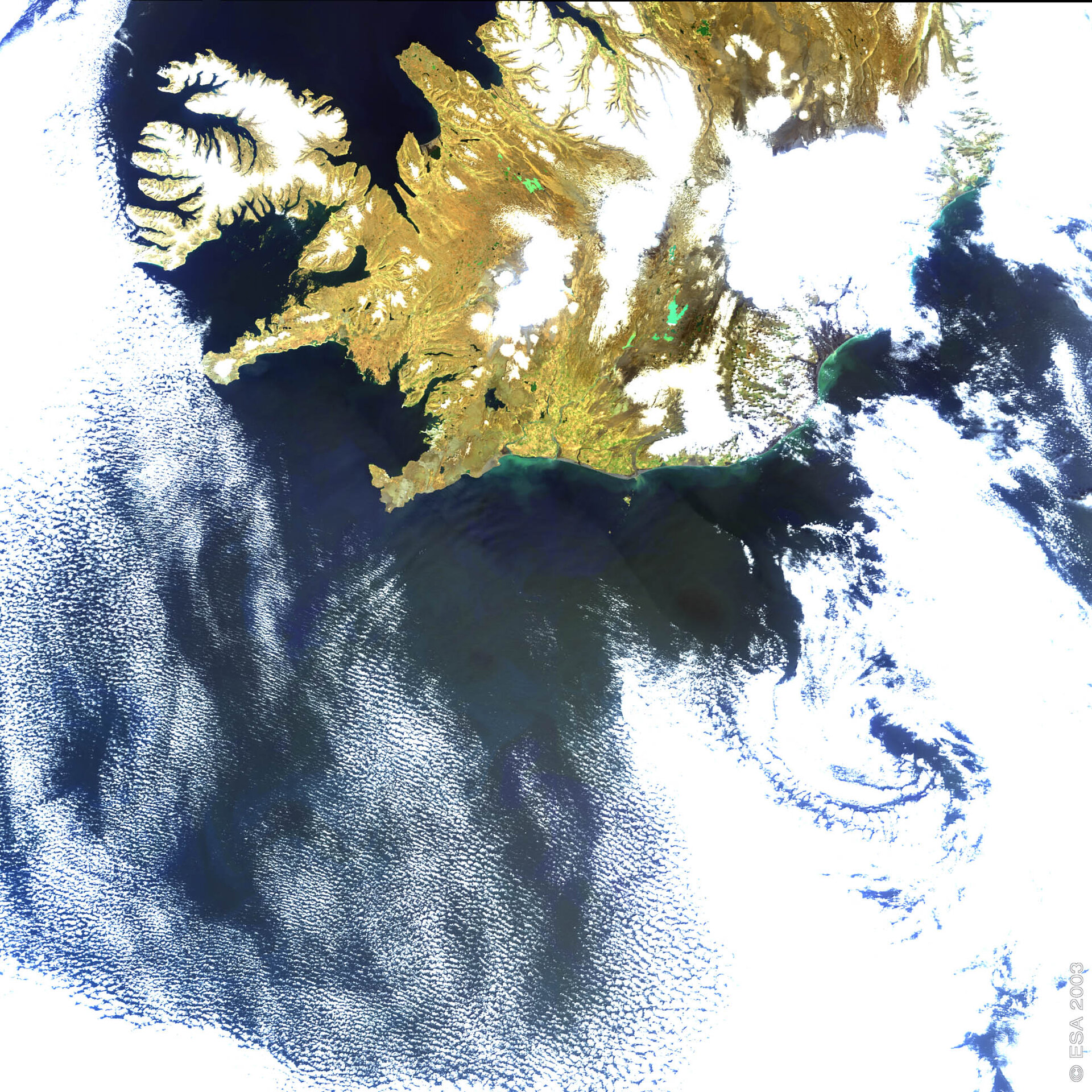 This MEdium Resolution Imaging Spectrometer (MERIS) image shows Iceland. This mountainous island country is situated in the northern Atlantic Ocean, about 200 kilometres southeast of Greenland. Iceland lies on top of a fault in the Earth's crust, which allows underground heat to escape as steam.

Gulf Stream currents flow around the south, west and north coasts, bringing mild, wet weather that warms the coastal lowlands (just one-quarter of the island) being the only inhabitable region of Iceland. Reykjavik, the capital of Iceland, can be seen in the southwest of the island in grey tones. This city is the northernmost national capital in the world. Numerous river plains can be seen in the image along the coastline. The westernmost part of Iceland (top left of the image covered by snow) is a peninsula linked to the rest of the island by an isthmus only 12 kilometres wide at its narrowest point. It features Iceland's most spectacular fjords.
Glaciers cover about one-eighth of the country's surface. The largest, Vatnajokull, is situated on the southeastern edge of the island. In addition to these ice fields, the island is home to over 200 volcanoes, many of which are still active. Volcanic eruptions are frequent and volcanic ash deposits are widespread. Many glaciers of Iceland rest above active volcanoes. Beneath the enormous glacier, the intense geothermal activity continuosly melts the ice to form a sub-glacial lake in the volcano's caldera. The melt waters eventually flood the caldera, and pour out from underneath the glacier.