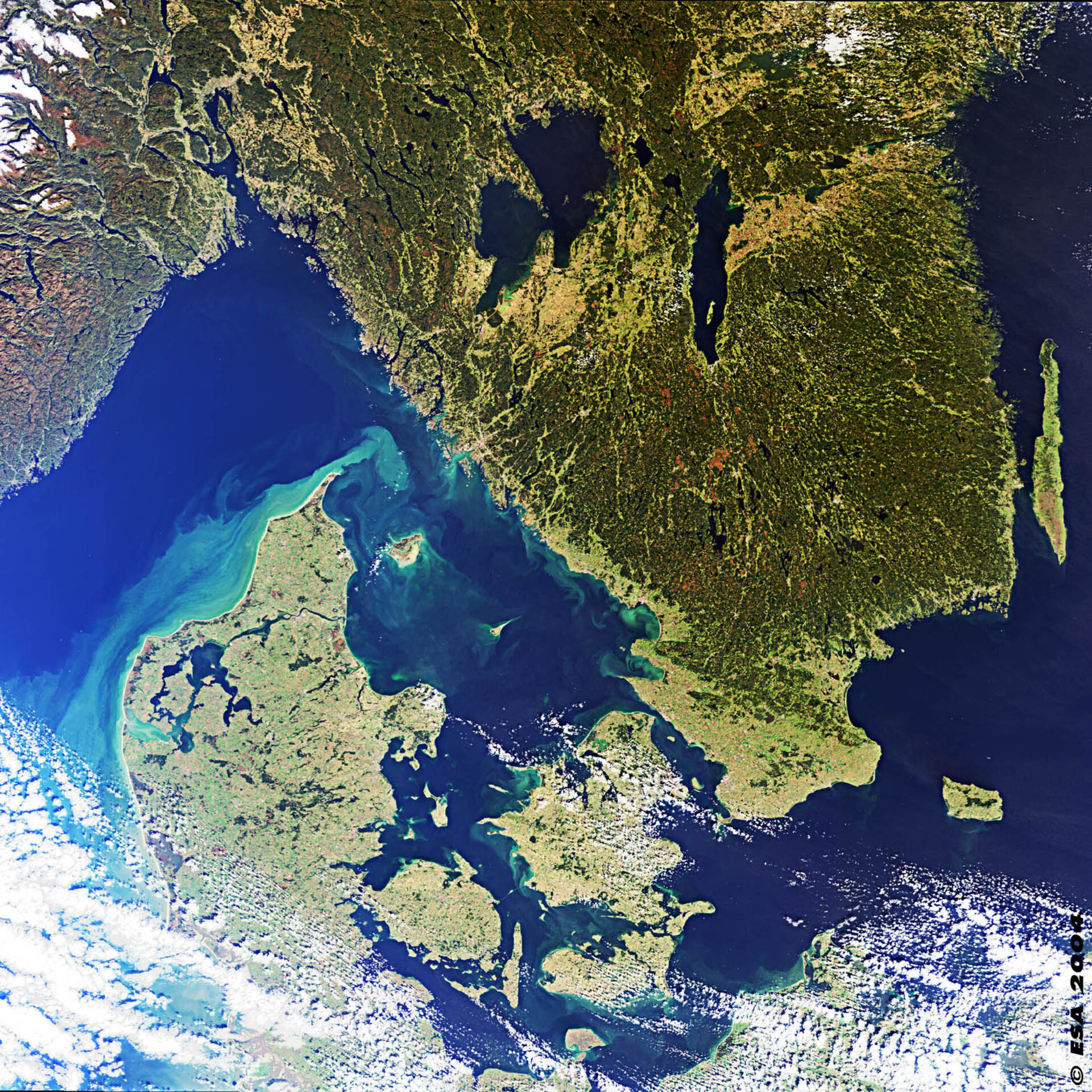 This Medium Resolution Imaging Spectrometer (MERIS) image shows part of Scandinavia, formed by Norway (in the top left corner of the image), Sweden (in the top part of the image) and Denmark (in the bottom part of the image). The part of Sweden shown in the image (south central Sweden) is a lowland with many lakes (seen in black colour), including the largest lakes in the country, Lake Vänern and Lake Vättern. The Lake Vänern, the largest one, drains southwest by the Göta River to the strait of Kattegat at Göteborg (in bright colour in the image). Göteborg, second largest city in Sweden after Stockholm, is the principal port of the country and site of the Volvo automobile-manufacturing plant.