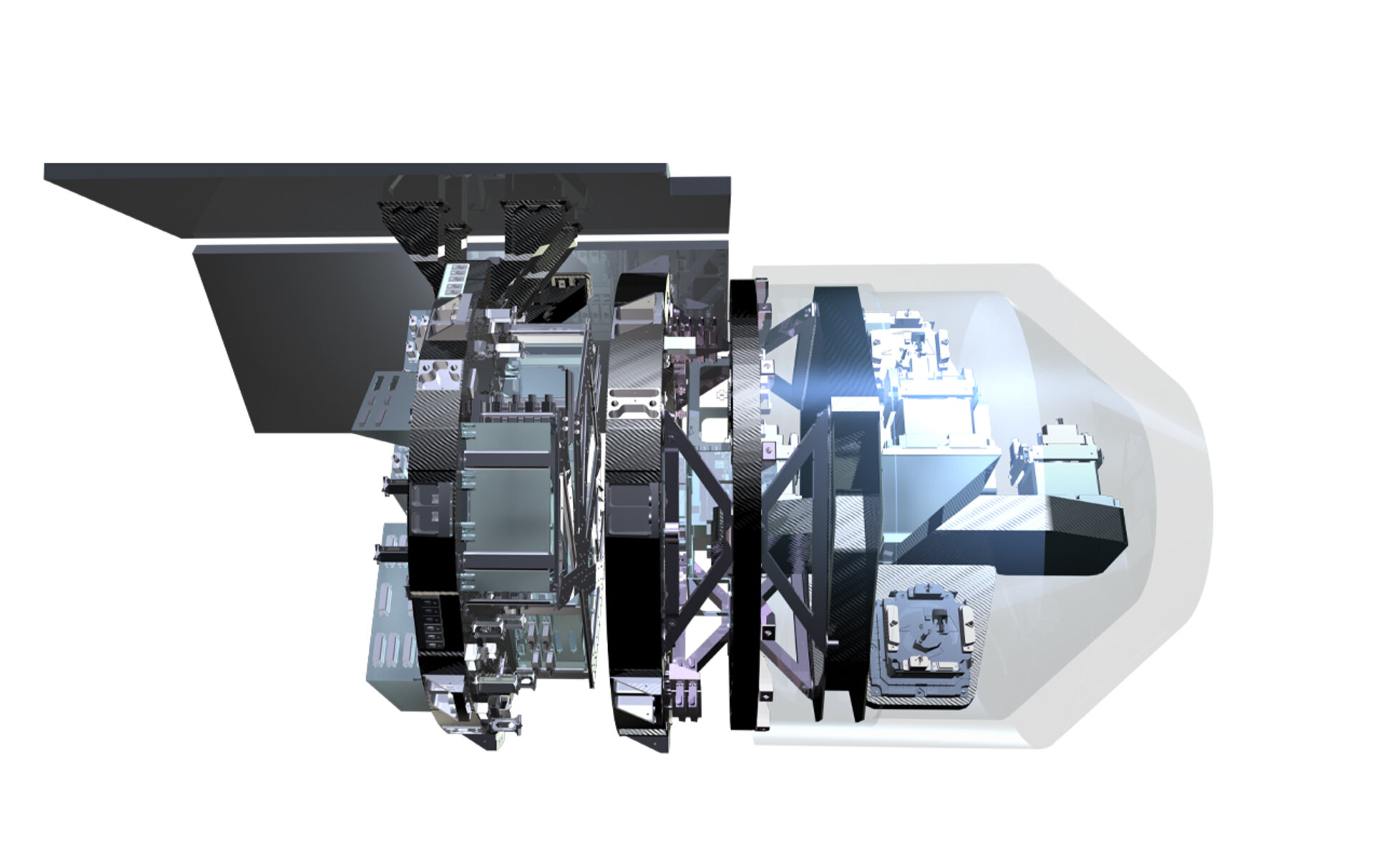 Gradiometer instrument including a radiator for thermal control

To accurately measure the Earth's gravity field, the GOCE (Gravity field and steady-state Ocean Circulation Explorer) satellite is equipped with a core instrument called the Electrostatic Gradiometer, which consists of three pairs of identical ultra-sensitive accelerometers, mounted on three mutually orthogonal 'gradiometer arms'. However, an advance mission such as GOCE requires that the satellite and the system of control elements form one 'gravity-measuring device', which means that there is virtually no division between the satellite and the instruments.