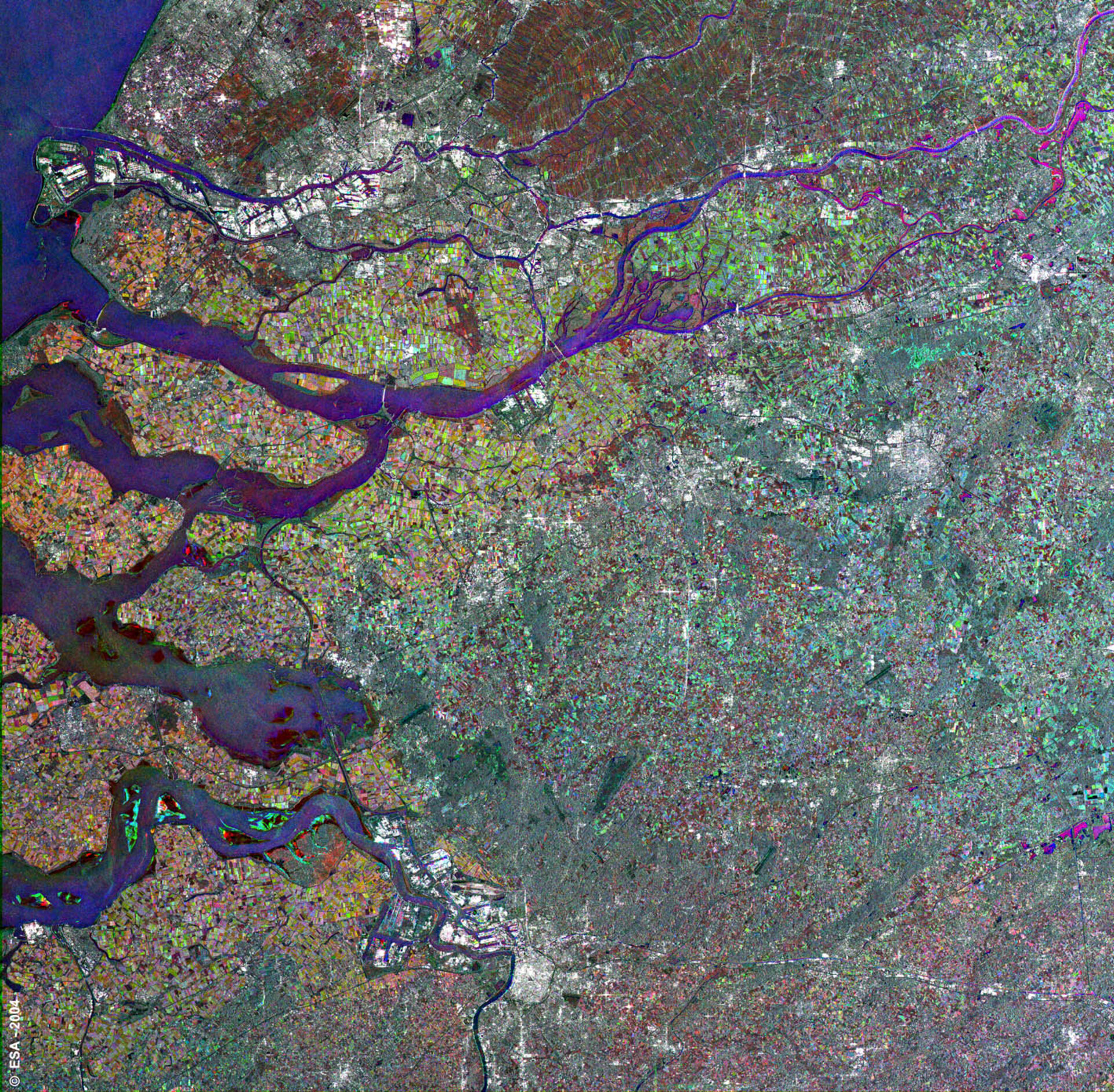 This Advanced Synthetic Aperture Radar (ASAR) multitemporal colour composite image shows an area of 100 Km swath width over the cities of Rotterdam, Holland (large bright area top left) and Antwerp, Belgium (bright area at the bottom centre). Rotterdam, located in the Dutch province of Zuid-Holland, is one of the world's largest ports. Rotterdam engulfs both banks of the Nieuwe Mass, an estuary of the Rhine, which connects to the Waal and Meuse rivers. The deep-water channel known as the Nieuwe Water connects the inland harbour to the North Sea and allows access large to ocean-going vessels.

The city of Antwerp, located inland from the North Sea along the banks of the river Schelde, is one of Belgium's largest cities and its chief port. A river port with sea access to all but the largest ships, Antwerp handles most of the transit traffic from France and Germany.