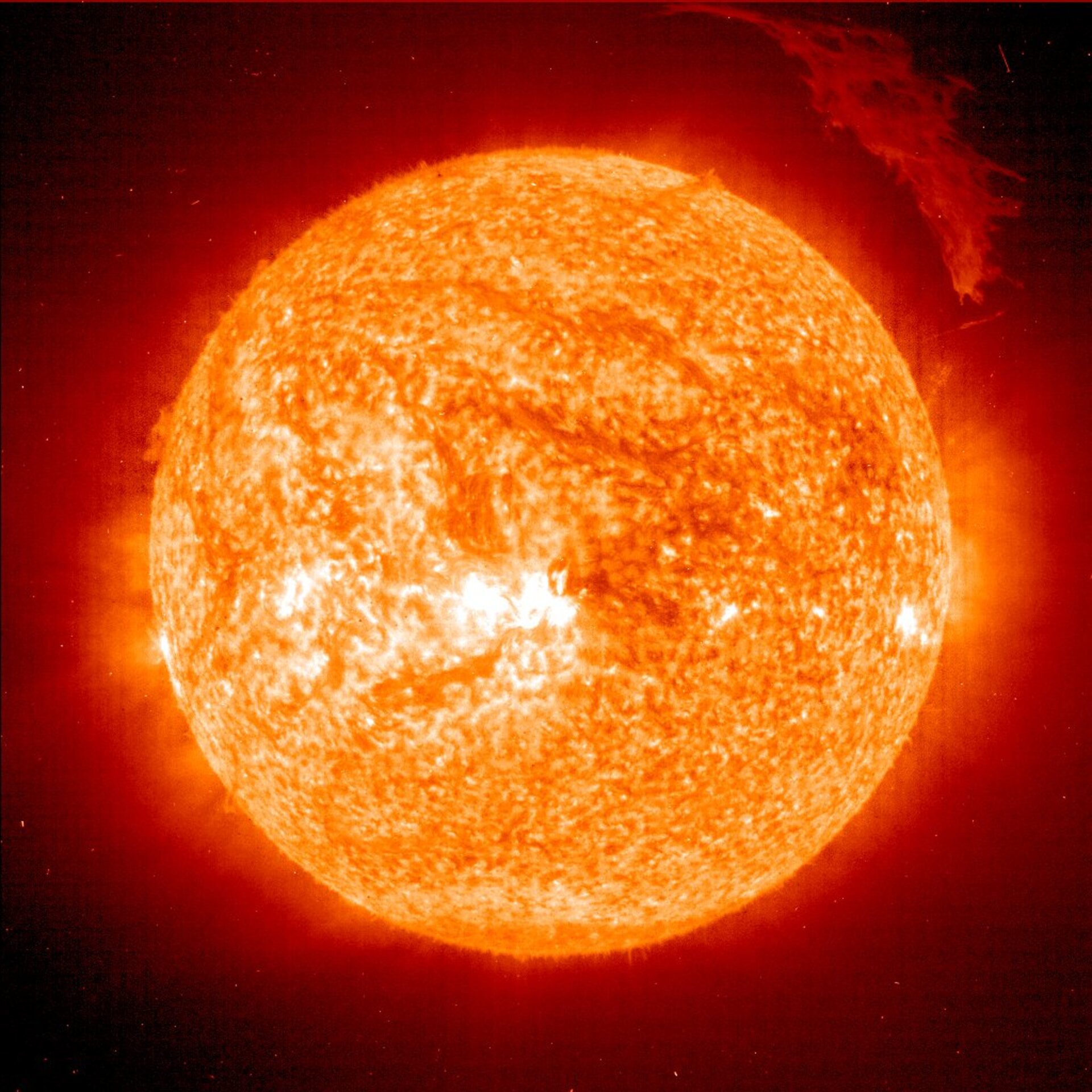 On Friday, 12 March 2004, the Sun ejected a spectacular 'eruptive prominence', or mass of relatively cool plasma, into the heliosphere. Relatively cool, because the plasma observed by the Extreme-ultraviolet Imaging Telescope (EIT) on board the Solar and Heliospheric Observatory
(SOHO) was only 60 000 - 80 000 degrees Celsius, unlike the 1.5 - 2 million degrees Celsius plasma surrounding it in the Sun's tenuous outer atmosphere, or 'corona'. At the time of this snapshot, taken in the light of singly-ionised helium,
the eruptive prominence was over 700 000 km across - over fifty times Earth's diameter - and was moving in excess of 75 000 km per hour.