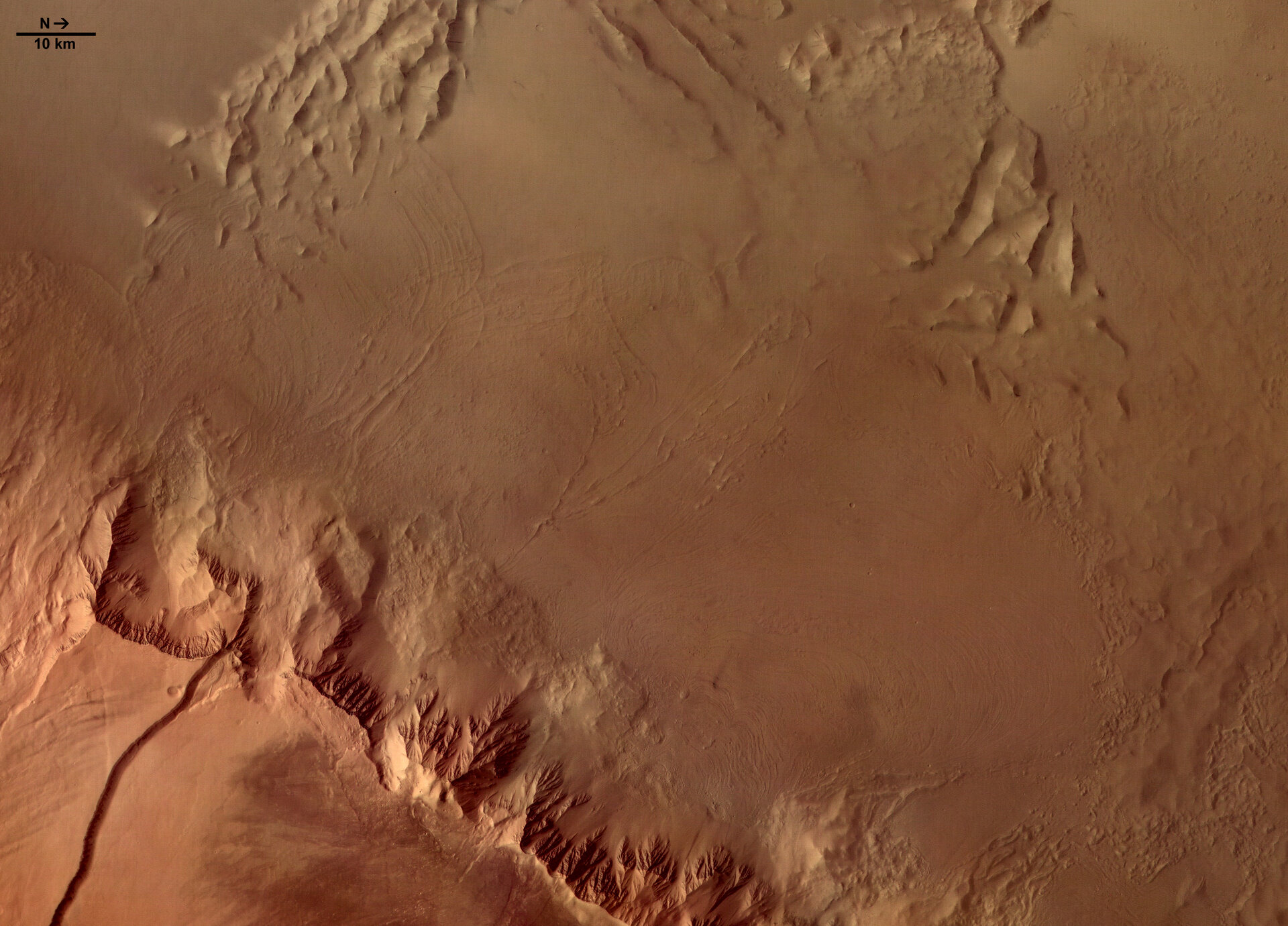 The image shows the western flank of the shield volcano Olympus Mons in the Tharsis region of the western Martian hemisphere. The escarpment at lower left rises from the surface level to over 7000 metres.

At the top of the image, part of the extensive plains west of the escarpment are shown, known as the 'aureole' (from the Latin for 'circle of light').

This colour image has been created from the nadir channel and three colour channels. Image resolution has been decreased to 50%.