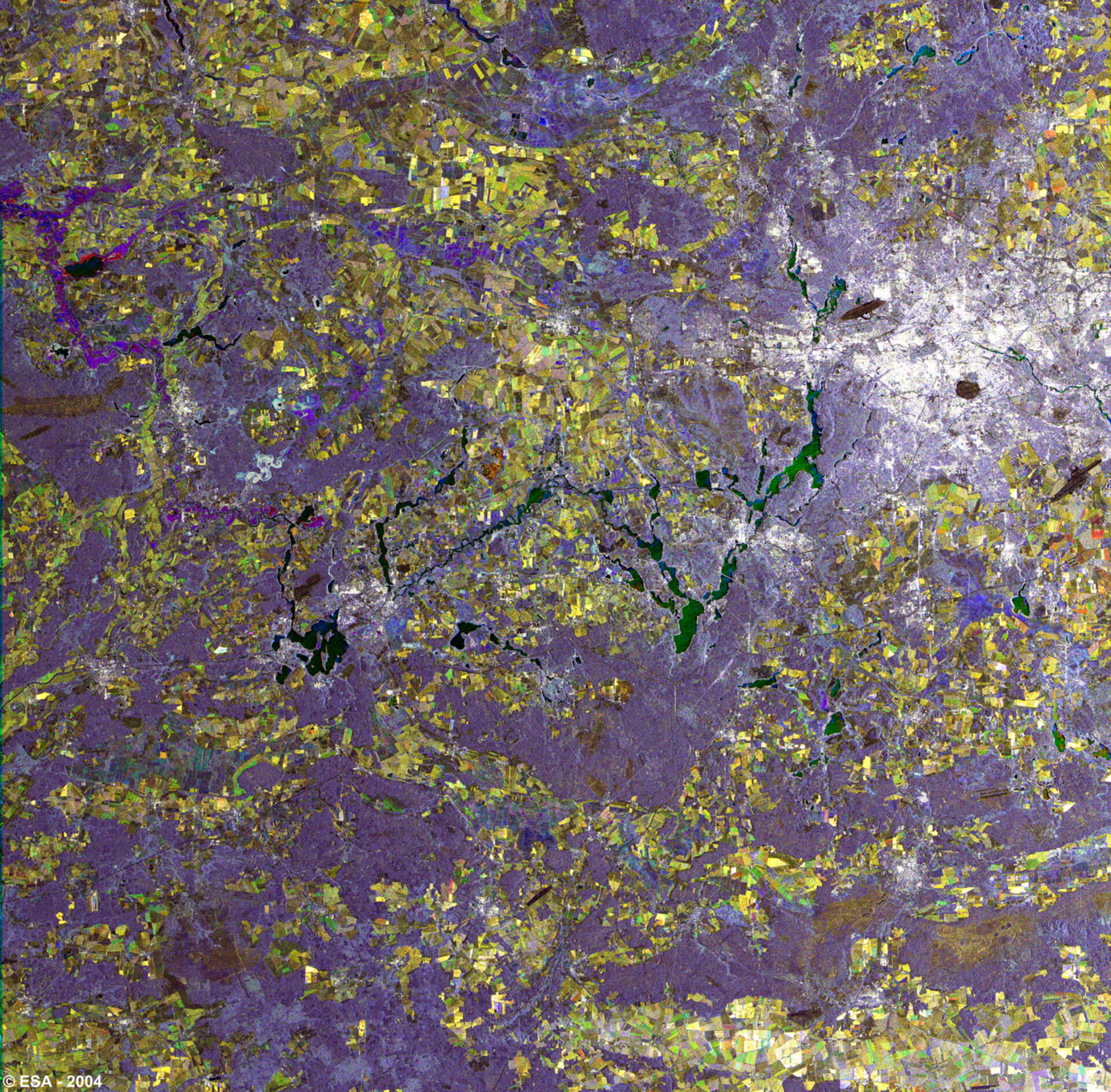 This Advanced Synthetic Aperture Radar (ASAR) multitemporal colour composite image shows an area of 100 Km swath width centred over the western part of the state of Brandenburg, located in eastern Germany. Visible landmarks are the city-state of Berlin, the national capital of Germany (large bright area centre right) with the Tegal (northwest of the city) and the Berlin and Tempelhof (southeast) Airports, the Havel and Templiner Lakes (southwest of the city). The dark blue gray patches sparse through out the image are forests of pine and fir trees.