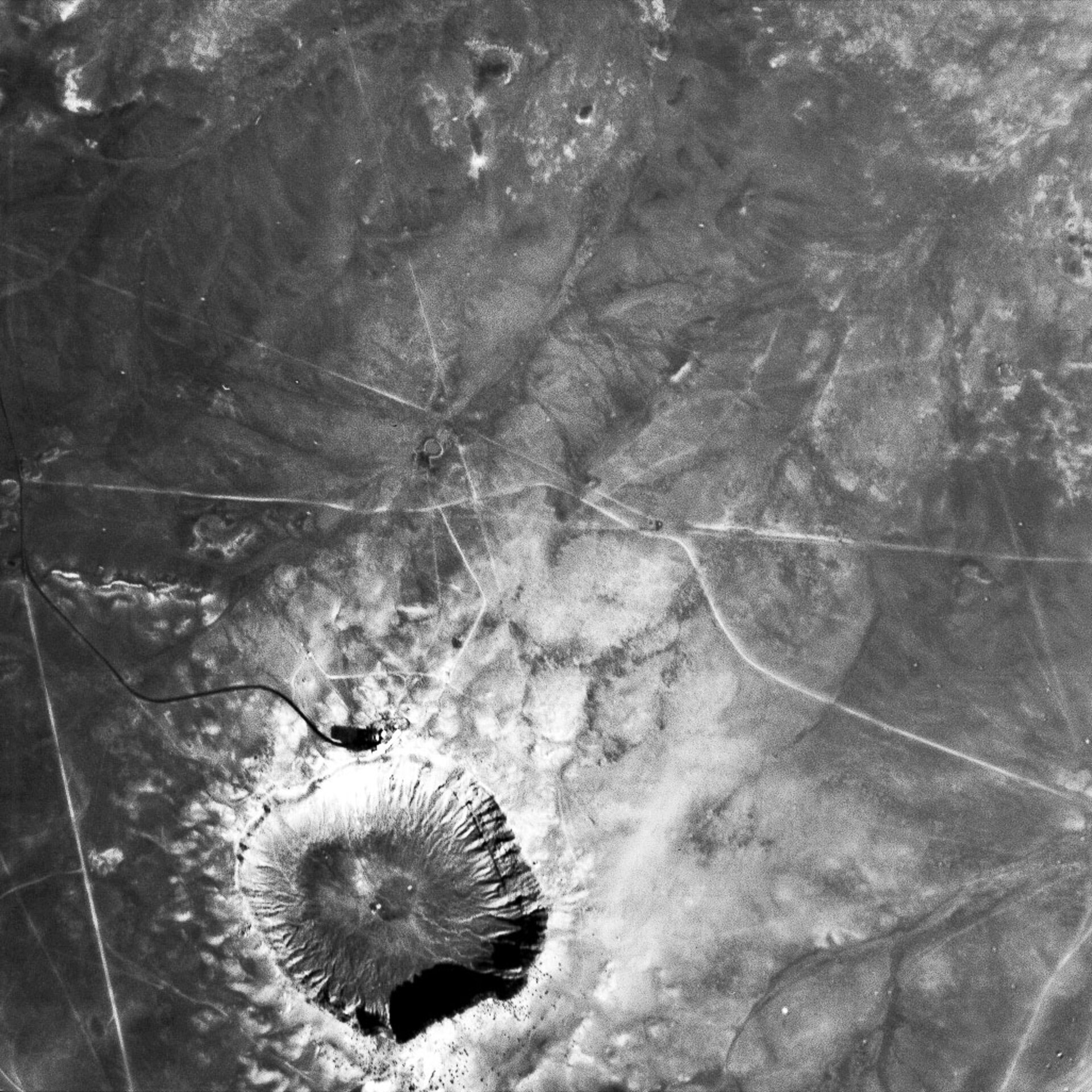 This HRC image, acquired on 23 January 2004, shows Meteor Crater, also known as the Barringer Meteorite Crater, located near Winslow, Arizona. The 1.186 km diameter crater is approximately 180 metres deep and is surrounded by a rim of smashed and jumbled boulders, some as big as houses. The shadow-casting structure visible on the north side of the Crater is the Visitor's Centre.