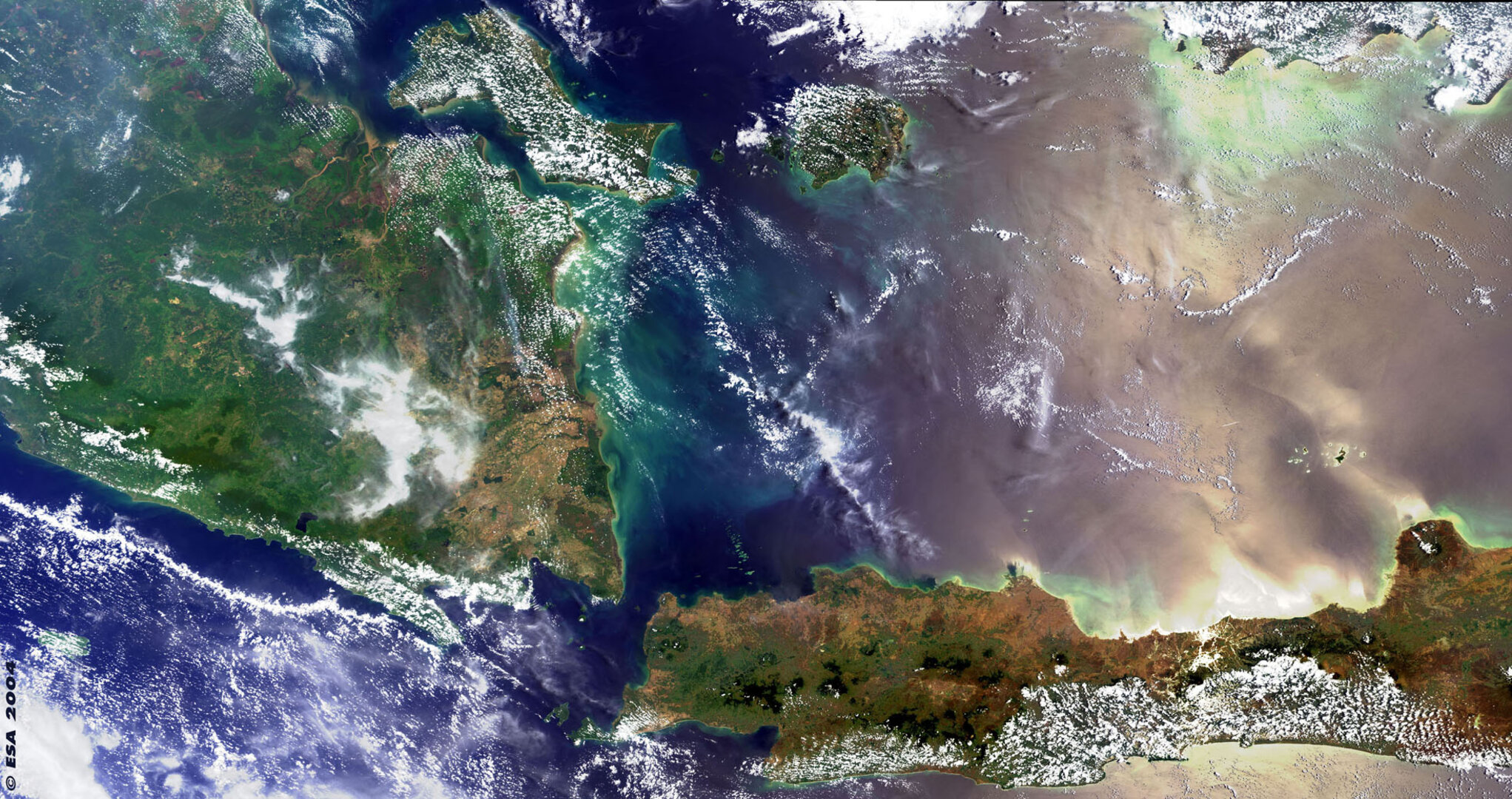 This Medium Resolution Imaging Spectrometer (MERIS) image shows part of the Sumatra (left) and Java (right) islands in western Indonesia. Both islands are separated by the Sunda Strait, which joins the Java Sea (top) with the Indian Ocean (bottom). The Krakatoa island, famous by a strong volcanic eruption in 1883, is in the strait. An explosion in the eruption series produced one of the loudest noises in the history; it was heard at a distance of 4800 km. Jakarta, capital and largest city of the Republic of Indonesia is on the northwest coast of the Java island, which is traversed by a volcanic mountain chain, including about 35 active craters. The capital, called Batavia by the Dutch, was the capital of the Netherlands Indies for most of the 17th through early 20th centuries.