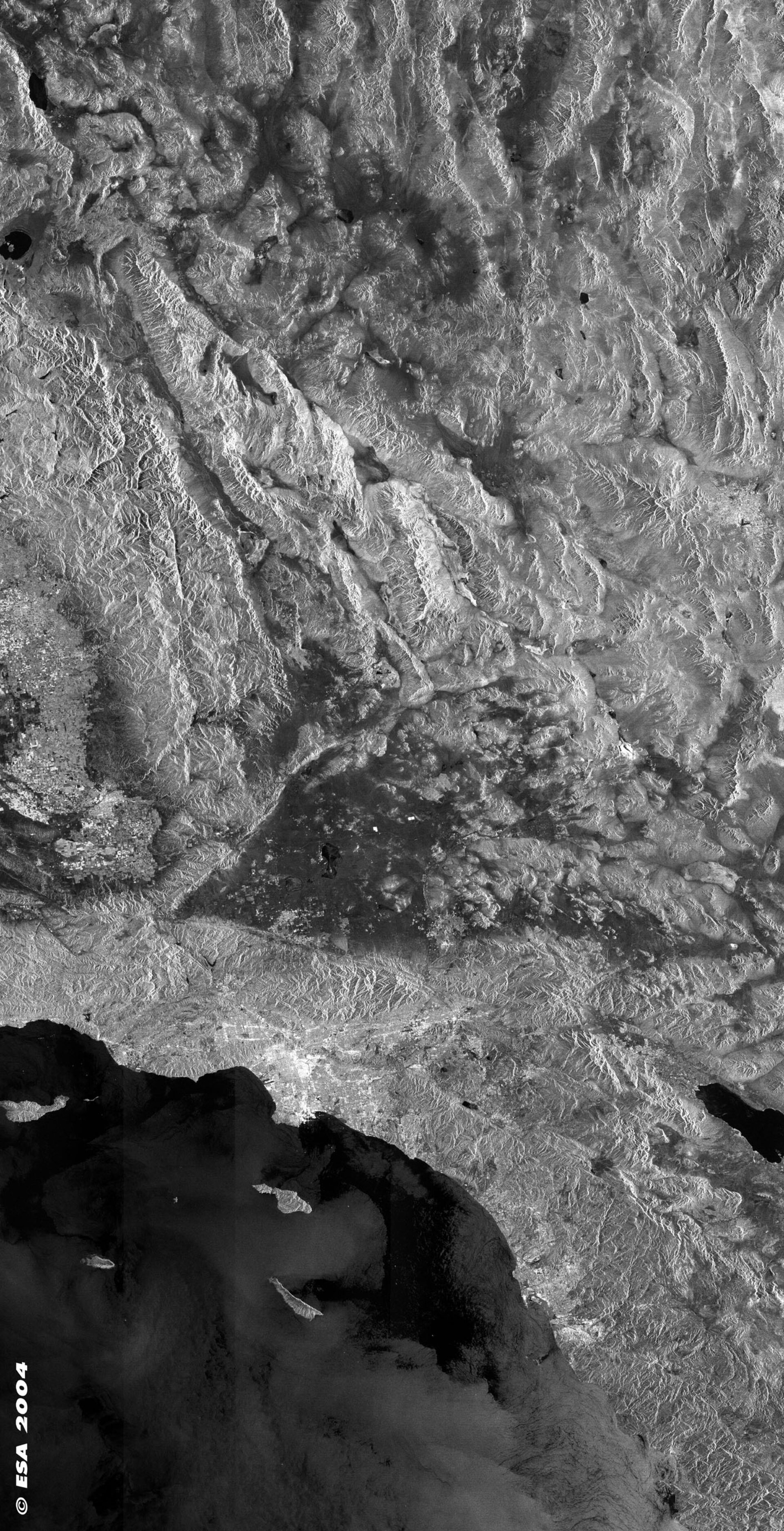 This Advanced Synthetic Aperture Radar (ASAR) image shows part of the California and Nevada States in the western side of the United States. Los Angeles, seen in bright colour in the image on the Pacific Ocean coast, is the second most populous city and metropolitan region in the United States, after New York. The city is situated on a hilly coastal plain surrounded by beaches in the west, the Mohave Desert in the east and from north to south the Coastal Ranges and Sierra Nevada. Runways of Los Angeles International Airport are clearly visible just on shore at the north of the city.

The Mojave Desert is part of the Great Basin (in the top of the image), an unusual area where its waterways drain into desert flats, not into the sea. In the central part of the image and surrounded by high mountains is located the desert area known as Death Valley, home to a large number of plants and animals. It contains one of the lowest points on the Earth, 86 metres below sea level and in 1913 the temperature was 57 centigrade degrees, the hottest one ever recorded in the United States. One of the most productive agricultural regions in the United States, the Central Valley, can be seen in the central left part of the image. It is almost totally enclosed by mountains and comprises the valleys of Sacramento River and the San Joaquin River.