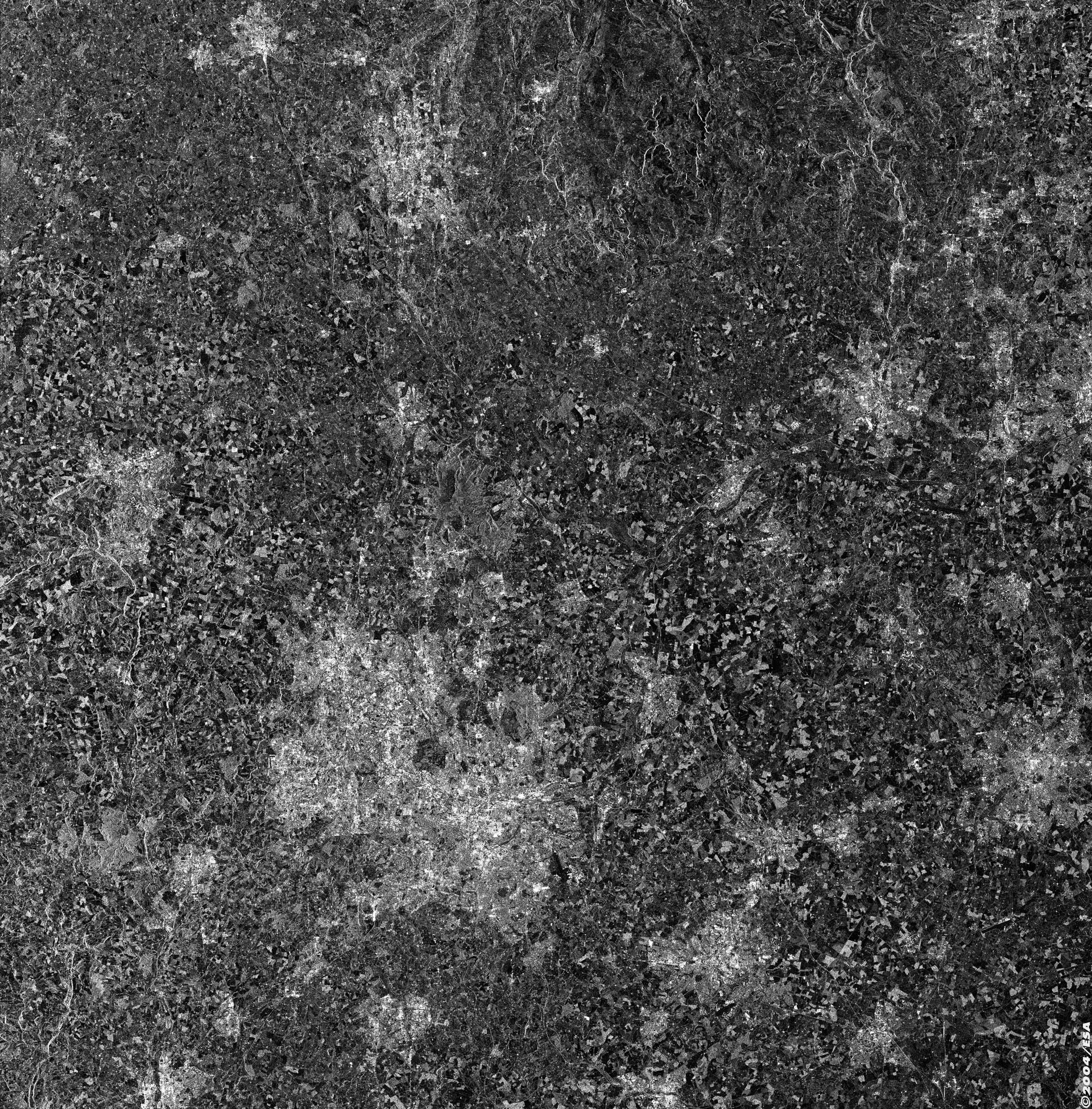 This Advanced Synthetic Aperture Radar (ASAR) shows English city of Birmingham and surrounding area. The city occupies the large brighter area to the south of the image, which also encompasses the city of Wolverhampton and the town of Walsall.

The Birmingham conurbation in the West Midlands has been the centre of a large industrial area since the Industrial Revolution in the 18 th century. The area served as a centre for metal goods and was well served by numerous canals, many of which can be seen if we zoom into the image. These canals helped to transport coal into the city from the coalfields of South Staffordshire just north of Birmingham, and then goods out of the city.

The surrounding brighter areas are further towns and cities in the Midlands region. They include; to the east of Birmingham there is Coventry, to the northeast Derby and Nottingham, to the north Stoke.