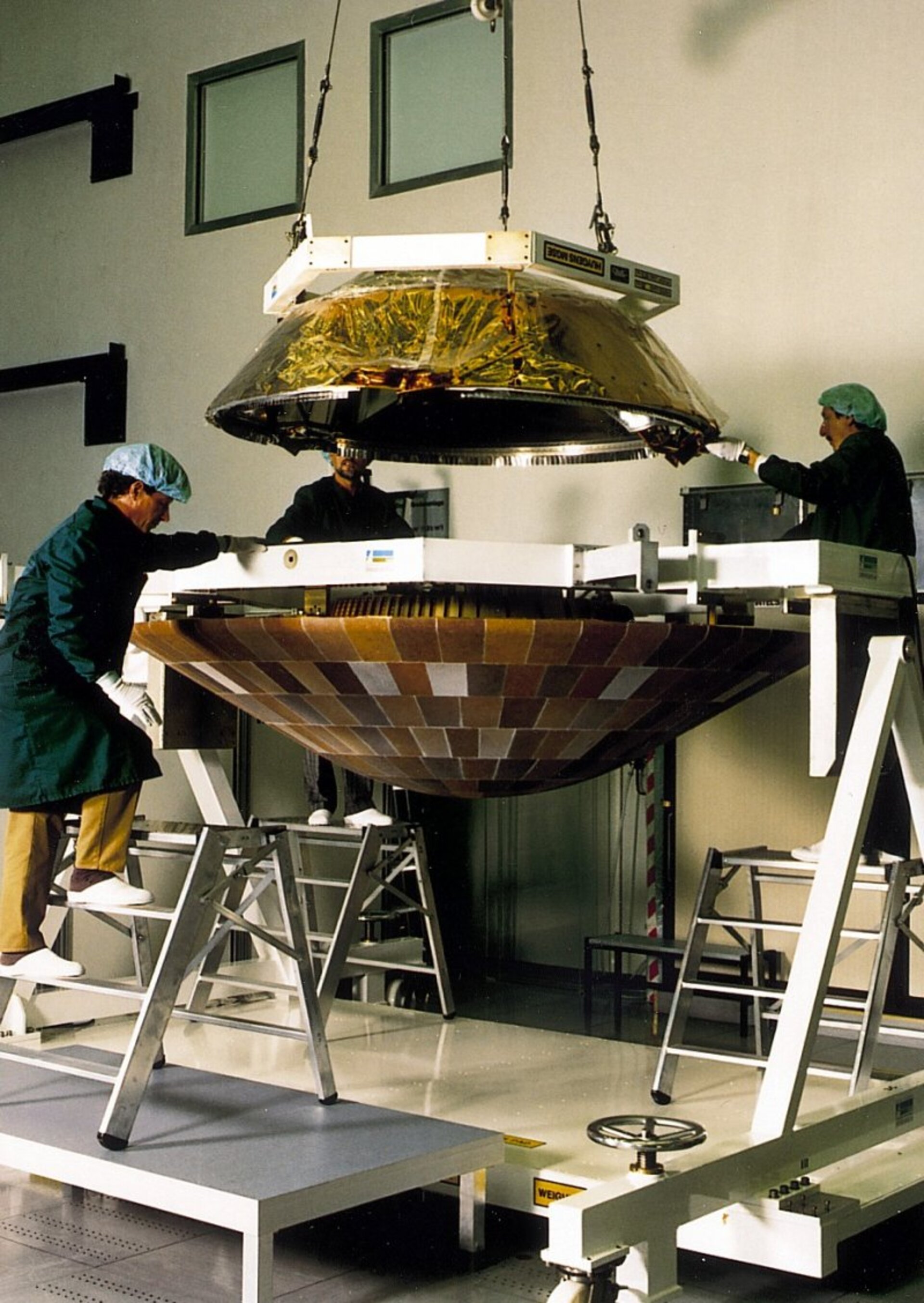 Back cover goes on the Huygens probe

Attaching the Back Cover to the Huygens Probe. The gold-coloured blanket will help to control the probe's temperature during the interplanetary cruise phase. The heat-resistant tiles covering the front shield will provide protection against the very high temperatures that will be generated during the entry into Titan's atmosphere.