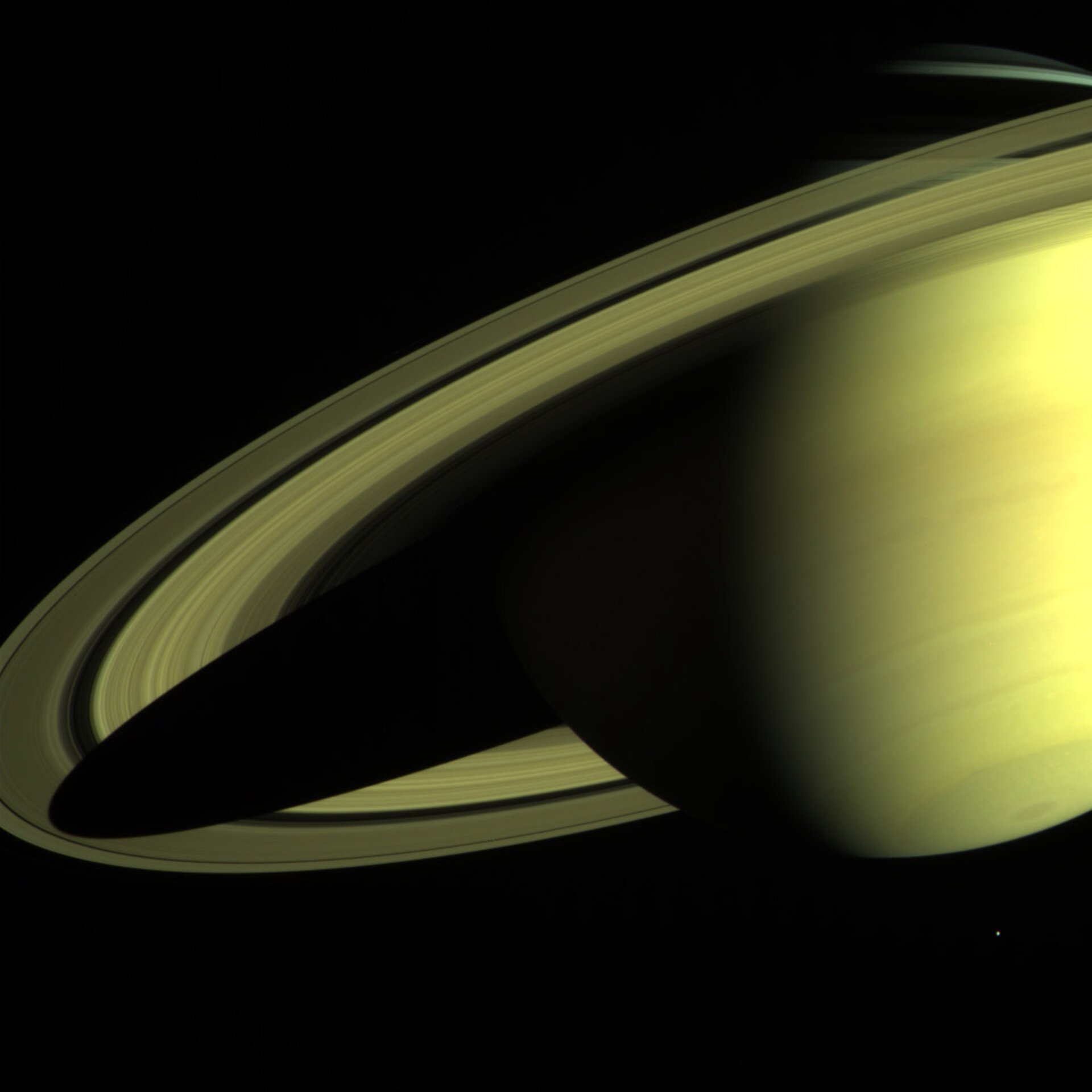 The Cassini-Huygens spacecraft returned this image of Saturn on 16 May 2004, when its Imaging Science Subsystem narrow-angle camera was too close to fit the entire planet in its field-of-view. Cassini is still about 20 million kilometres away and only 36 days from reaching Saturn. Cassini has two cameras, a wide angle and narrow angle. This narrow angle image was made using a combination of three filters (red, green, blue) and was taken at a range of 24.3 million kilometres. The view is from 13 degrees below the equator. Enceladus, one of Saturn's 31 known moons, appears near the south pole at the bottom of the image.