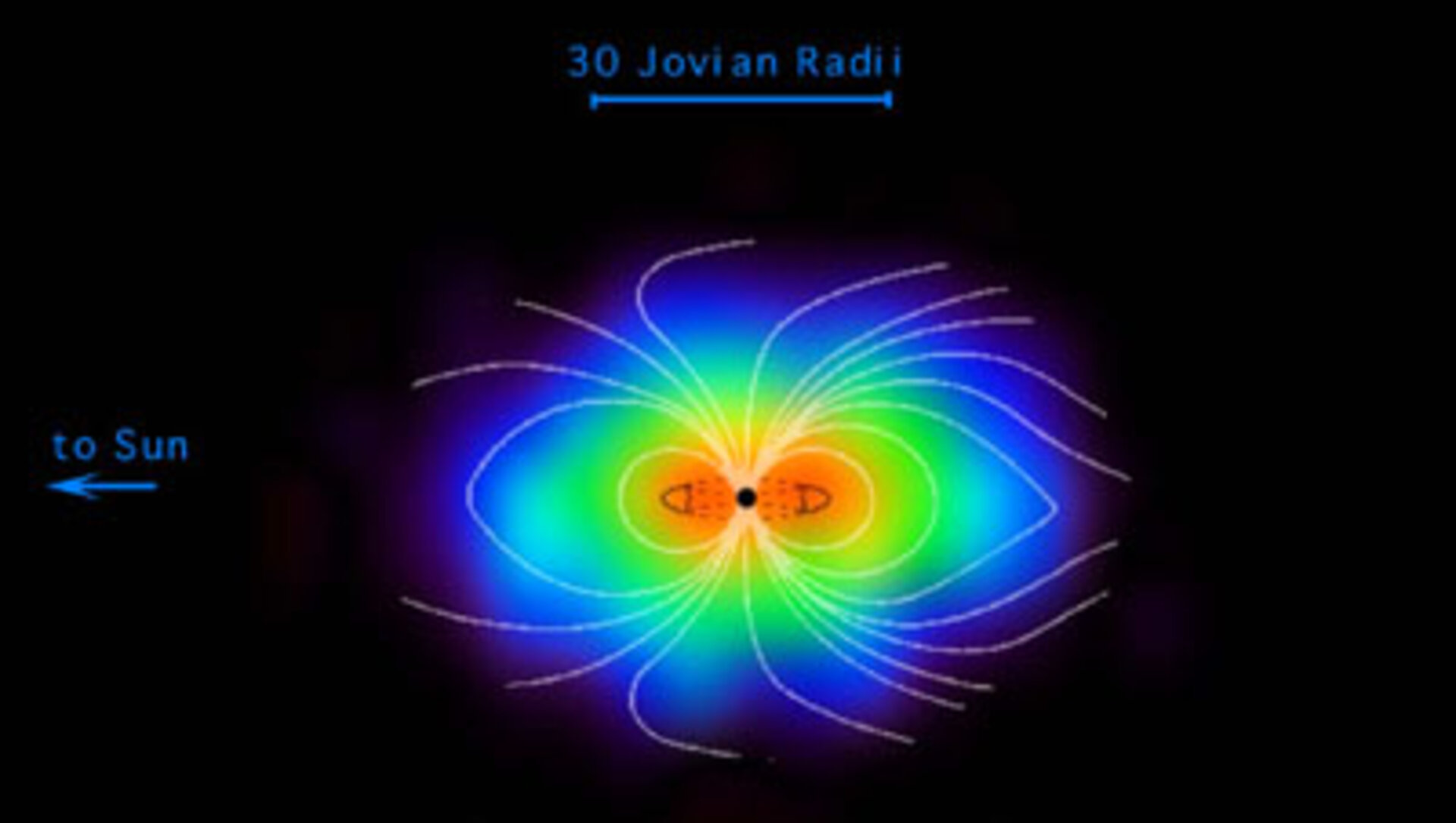 The vast magnetosphere of charged particles whirling around Jupiter, normally invisible, can be imaged by a new type of instrument aboard the Cassini spacecraft and is seen here.

Three features are sketched in for context: a black circle showing the size of Jupiter, lines of Jupiter's magnetic field, and a cross-section of the Io torus, a doughnut-shaped ring of charged particles that originate from volcanic eruptions on Jupiter's moon Io and circle Jupiter at about the orbit of Io.

Jupiter's magnetosphere is the largest object in the solar system. If it glowed in wavelengths visible to the eye, it would appear two to three times the size of the Sun or Moon to viewers on Earth.

Cassini's ion and neutral camera detects neutral atoms expelled from the magnetosphere, deriving information about their source. This image was taken shortly after Cassini's closest approach to Jupiter, about 10 million kilometres from the planet on 30 December 2000.