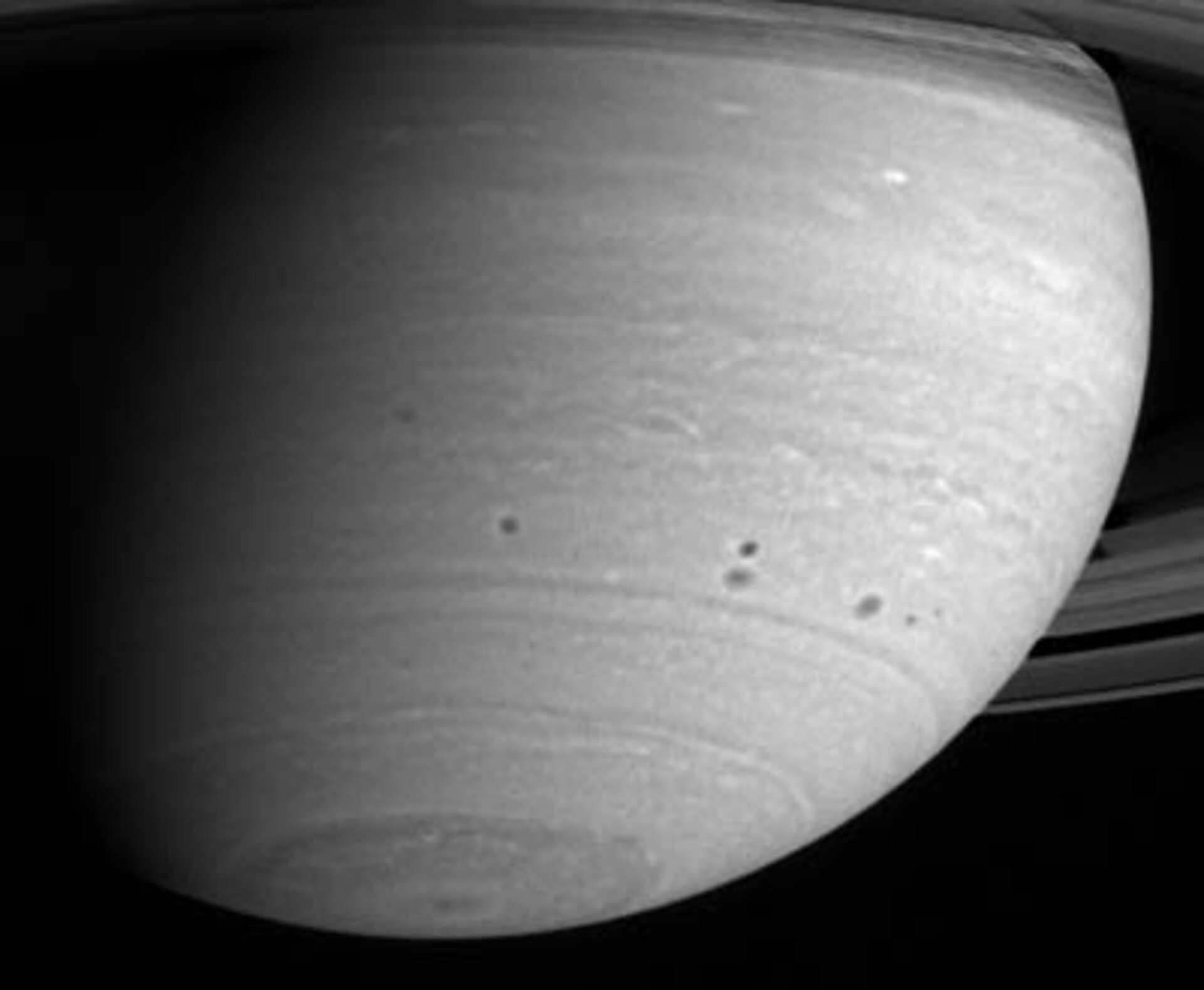 Cassini-Huygens continues to watch Saturn's atmosphere as it churns. Four large dark spots, or storms, form a symmetrical pattern in the mid-southern latitudes as these features squeeze past each other.

Further observations will show whether these storms merge or spawn new spots of their own. North of the features, some latitudinal bands exhibit a bumpy or 'scalloped' pattern, probably indicative of planet-scale wave motions in the atmosphere.

The image was taken with the Cassini-Huygens narrow-angle camera on 15 May 2004, from a distance of 24.7 million kilometres from Saturn through a filter centred at 750 nanometres. The image scale is 147 kilometres per pixel. Contrast in the image enhanced to aid visibility.