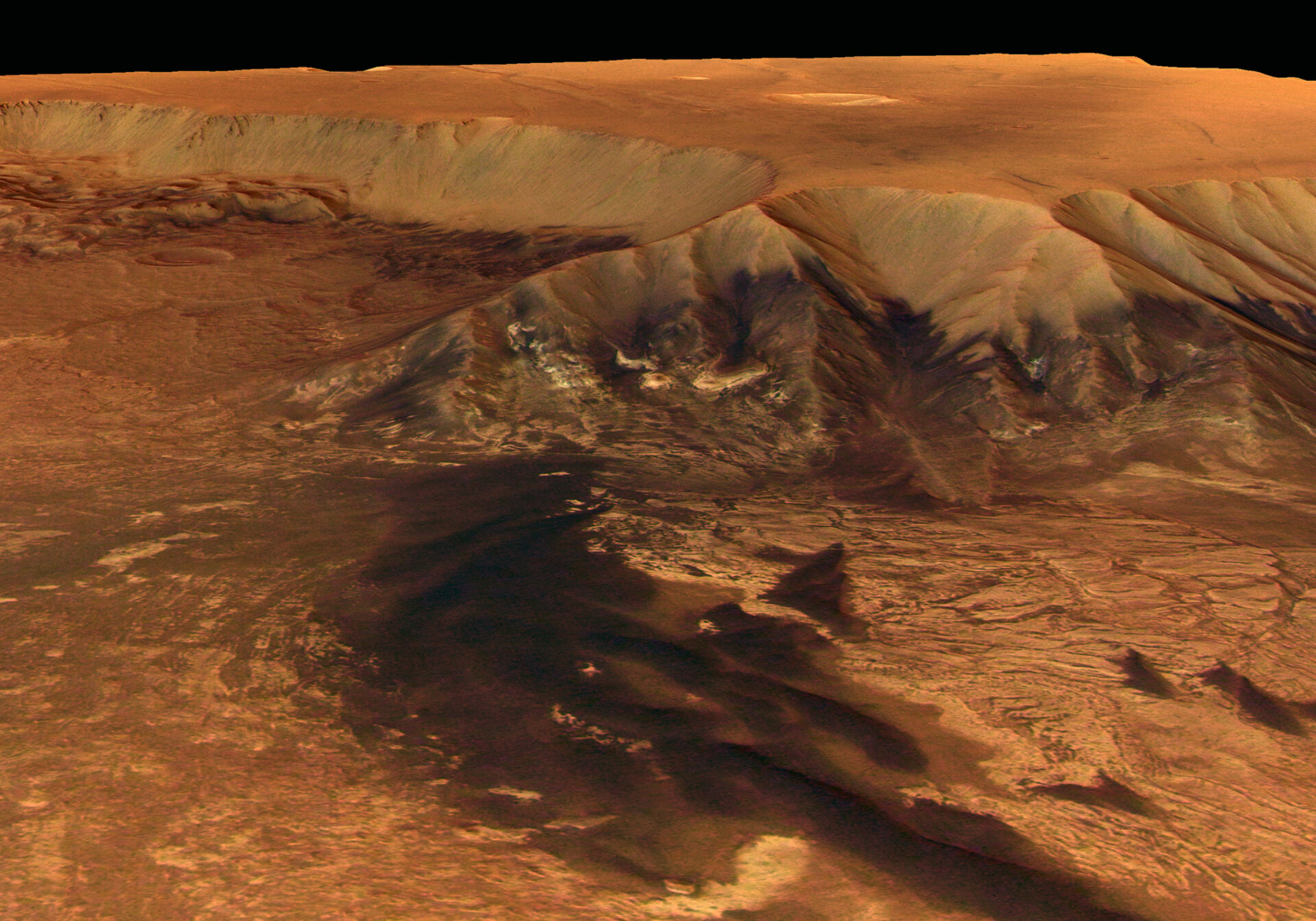 This perspective view was created by using the stereo channels of the HRSC to produce a digital model of the terrain.