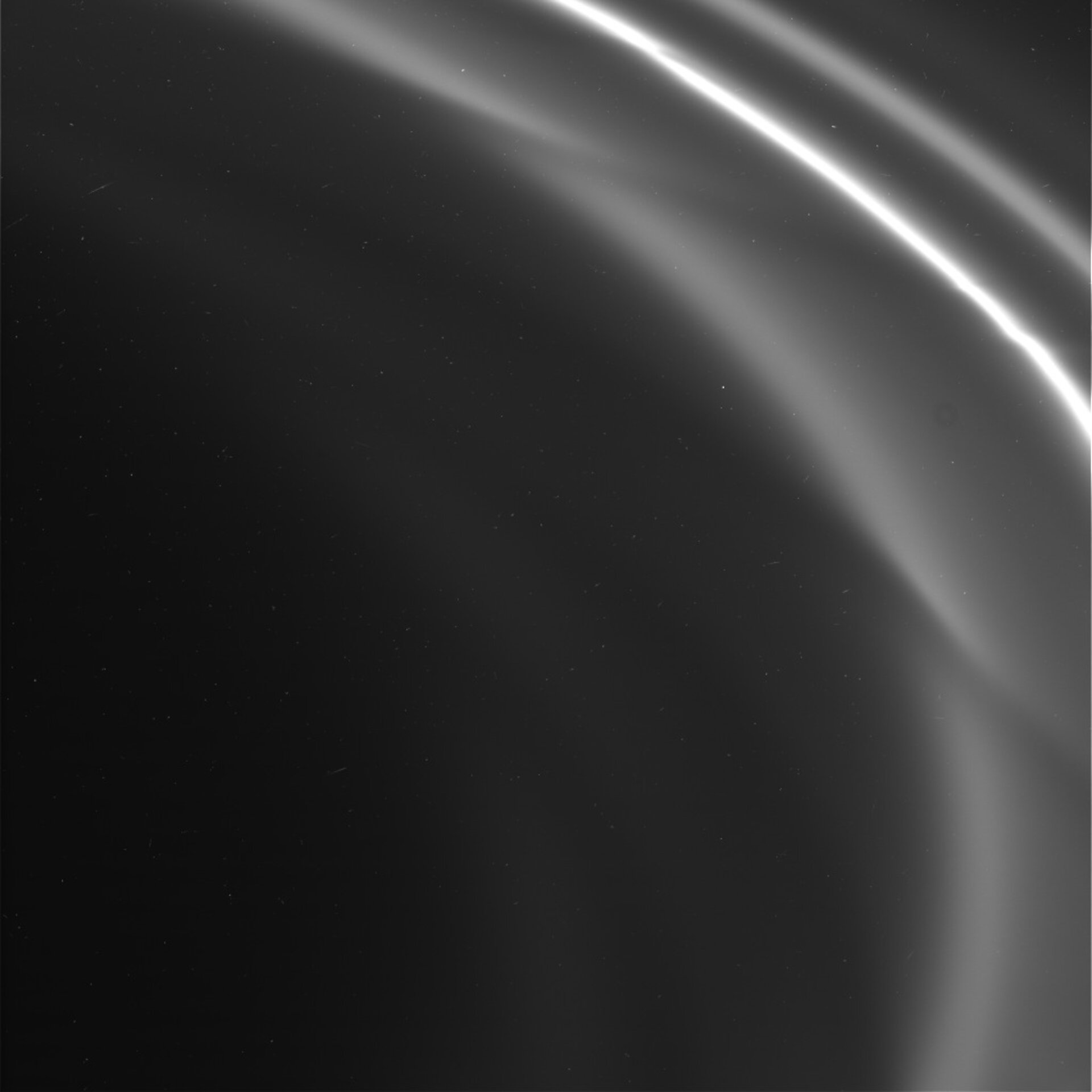 This narrow-angle camera image of Saturn's rings was taken after the successful completion of the orbit insertion burn when the spacecraft had crossed the ring plane and was looking upwards at the lit face of the rings.

The image shows details of the mysterious F ring that lies at a distance of approximately 140 200 kilometres from Saturn. The bright core of the F ring is clearly visible in the upper right-hand corner of the narrow-angle camera view, and is approximately 50 kilometres across. Wispy, ribbon-like features inside the main ring are clearly visible inside the orbit of the F ring. These are most likely due to the perturbing effect of the small moon Prometheus that orbits just inside the region.

Cassini-Huygens was approximately 157 000 kilometres above the ring plane when the images were obtained. Image scale in the narrow-angle camera image is approximately 940 metres per pixel.