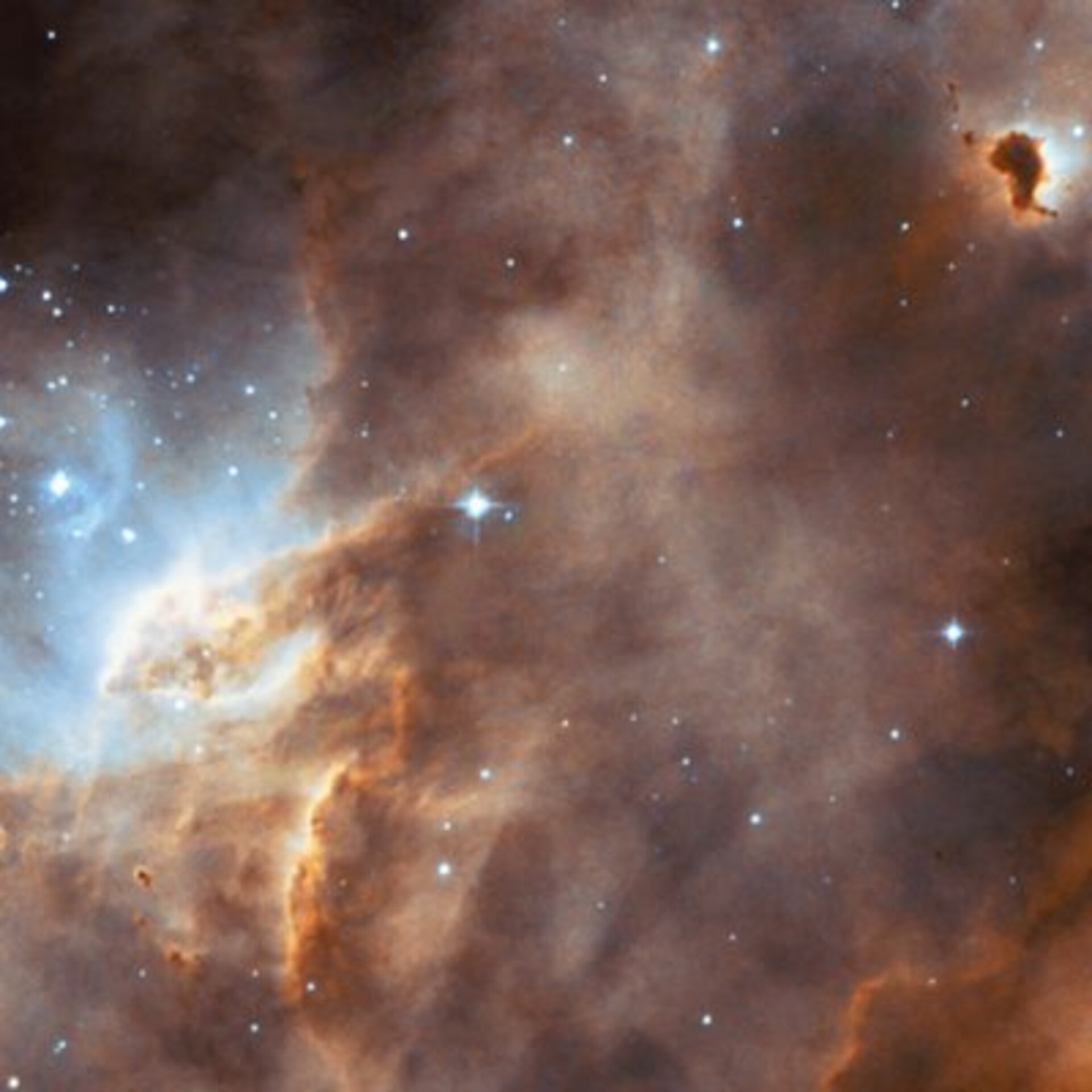 The NASA/ESA Hubble Space Telescope captured this image of star birth in a neighbouring galaxy in this view of glowing gas, dark dust clouds, and young hot stars. The star-forming region, catalogued as N11B lies in the Large Magellanic Cloud (LMC), located only 160 000 light-years from Earth.

One neighbouring galaxy, the Large Magellanic Cloud (LMC), lies in the constellation of Dorado and contains a number of regions harbouring recent and ongoing star formation. One of these star-forming regions, N11B, is shown in this Hubble image. It is a subregion within a larger area of star formation called N11. N11 is the second largest star-forming region in LMC.

It is only surpassed in the size and activity by ‘the king of stellar nurseries’, 30 Doradus, located at the opposite side of LMC.