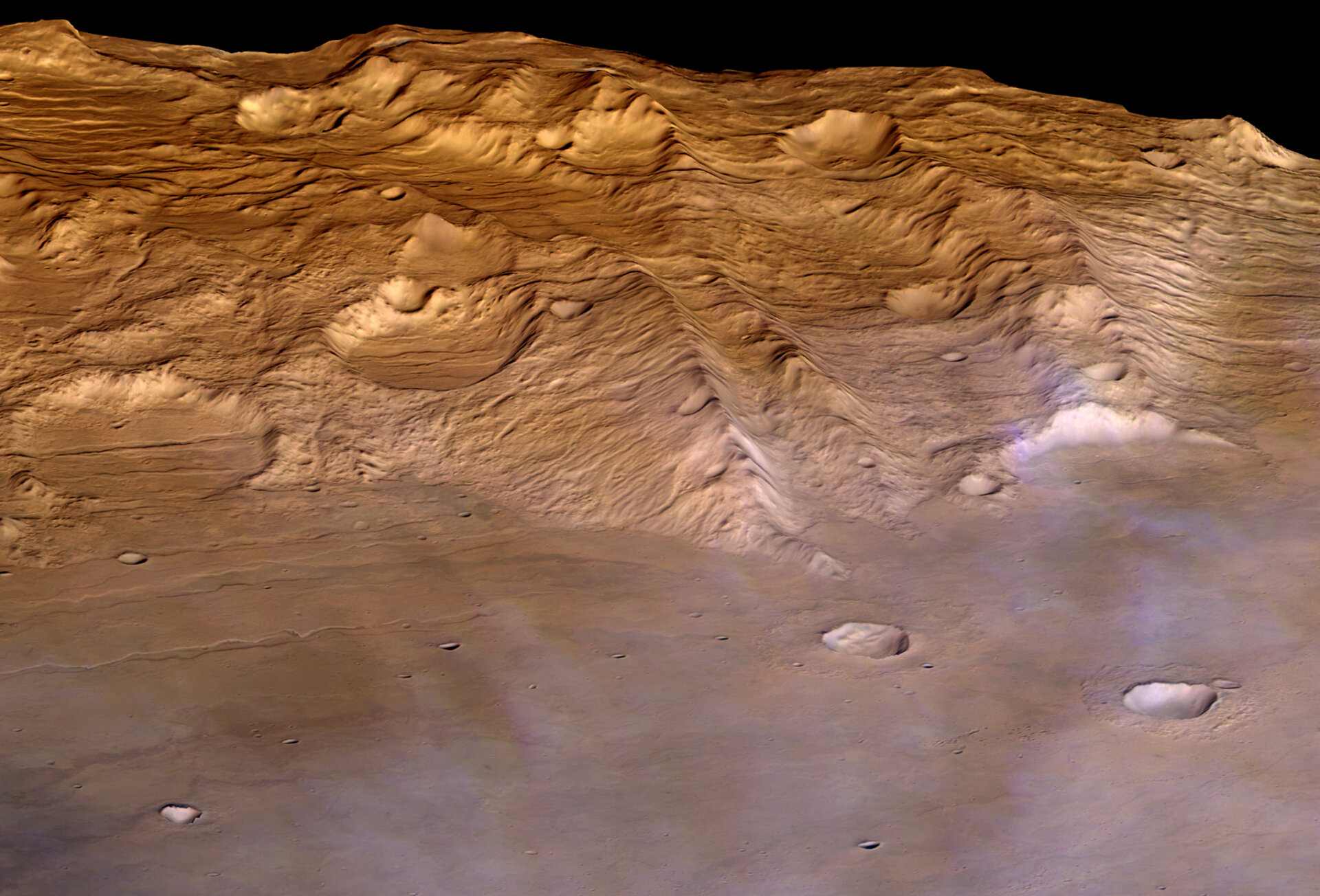 This perspective view was taken by Mars Express during orbit 508 on 13 June 2004 with a ground resolution of approximately 40 metres per pixel.

The diffuse blue-white streaks in the lower part of the scene are clouds or aerosols.

This region is characterised by systems of ‘grabens’ running mainly north-west to south-east. These can be traced several hundred kilometres up to the northern Tharsis shield volcanoes.