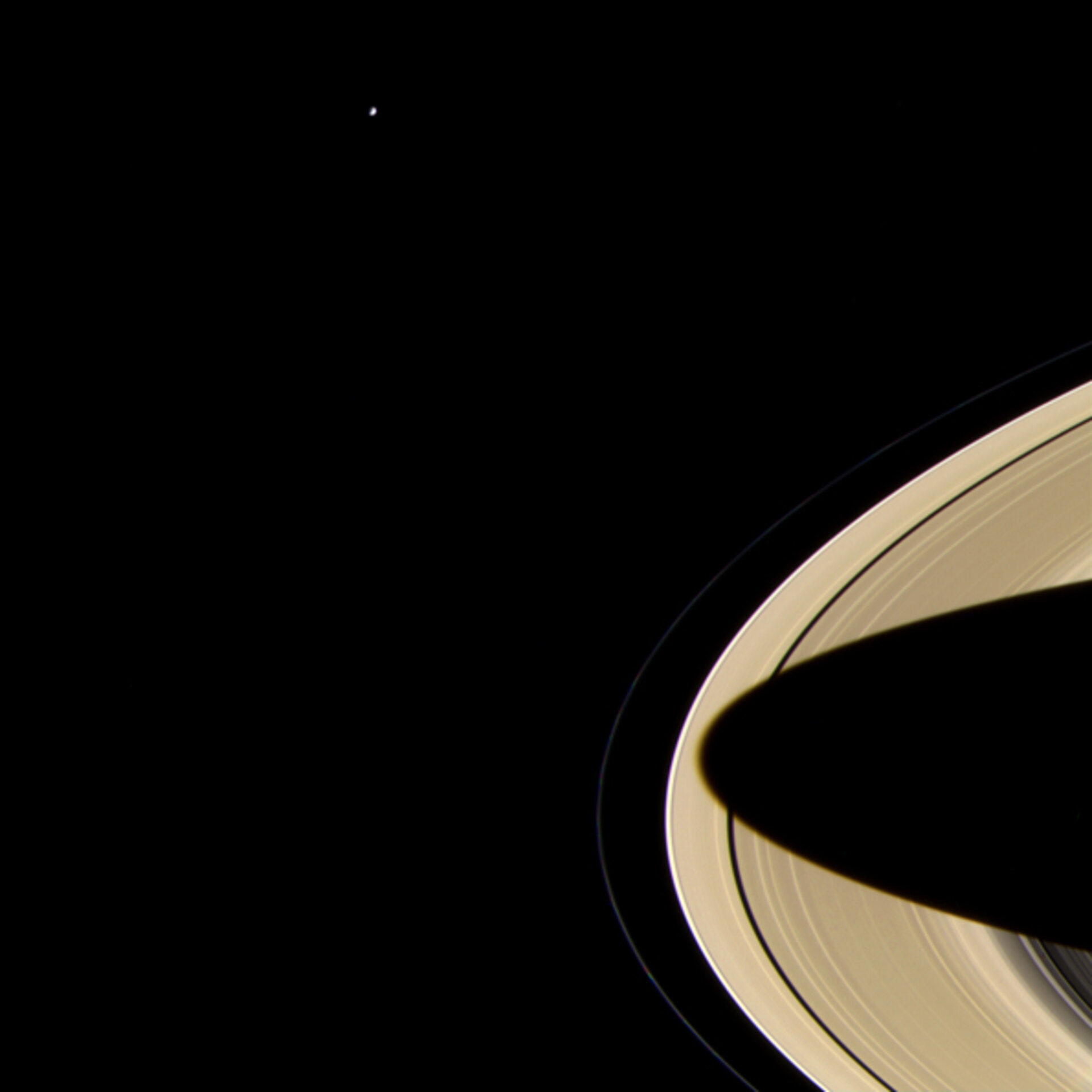 Saturn's rings appear golden as the planet's shadow drapes across nearly the whole span of the rings. In the upper left corner is Saturn's moon Mimas. Mimas is 398 kilometres wide.


The shadow of Saturn's southern hemisphere stretches almost entirely across the rings. The outermost, narrow F ring is visible here.

This colour image was taken on 15 August 2004, with the NASA/ESA/ASI Cassini-Huygens spacecraft narrow-angle camera, using the red, green and blue filters.

The image was taken 8.8 million kilometres from Saturn. Contrast has been enhanced to aid visibility.