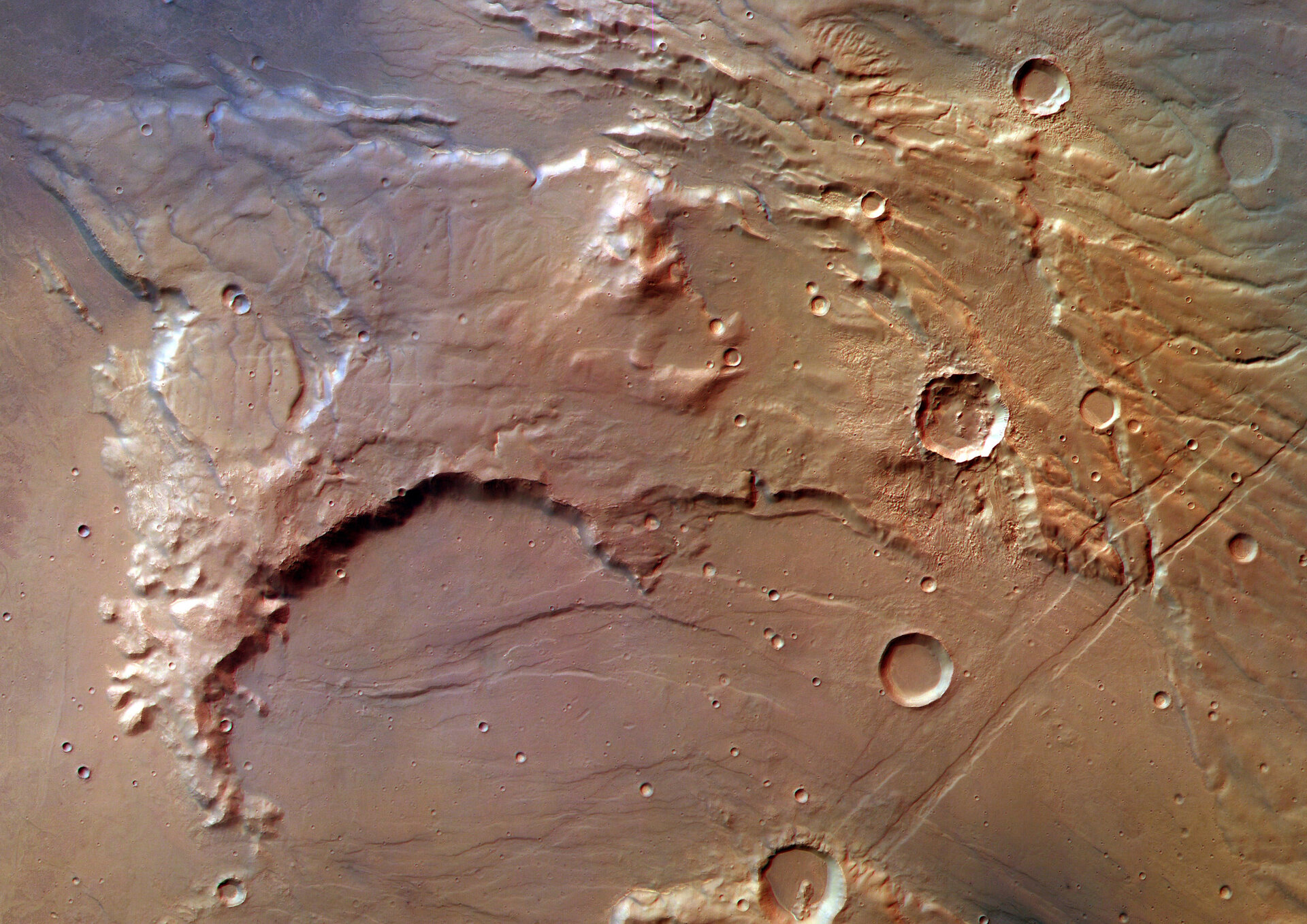 Solis Planum, in the Thaumasia region

This image, taken by the High Resolution Stereo Camera (HRSC) on board ESA’s Mars Express spacecraft, shows Solis Planum, in the Thaumasia region of Mars.

The image was taken during orbit 431 on 23 May 2004 with a ground resolution of approximately 48 metres per pixel. The displayed region is located south of Solis Planum at a longitude 271° East and latitude of about 33° South.

The large eroded impact crater, seen bottom left of this image, has a diameter of about 53 kilometres and its eastern crater rim is about 800 metres high. The northern end of the higher region, upper left in this image, contains an almost circular plateau, which is 15 kilometres across.