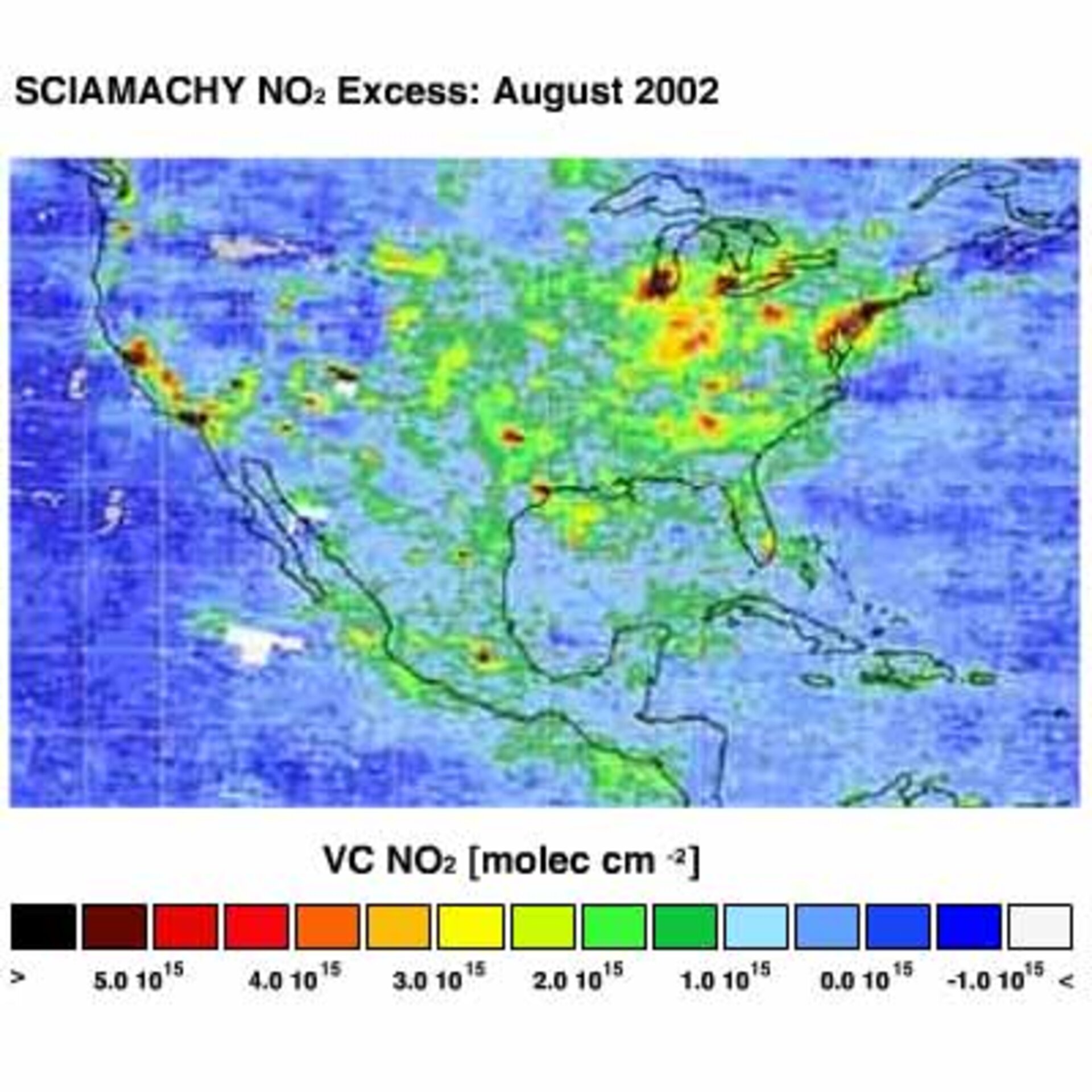 Comparing the spatial resolution of GOME and SCIAMACHY. The two images show mean tropospheric nitrogen dioxide (NO2) vertical column density (VCD) for August 2002, as resolved by the two sensors. SCIAMACHY has superior resolution, with a typical pixel size of 60 x 30 km compared to an elongated 320 x 40 km for GOME. The result is that individual city sources can be seen. For SCIAMACHY all available raw data for August 2002 are used. For GOME only pixels with corresponding SCIAMACHY measurements are shown. The units measured are 1015 molecules/cm-2. Images from the University of Bremen.