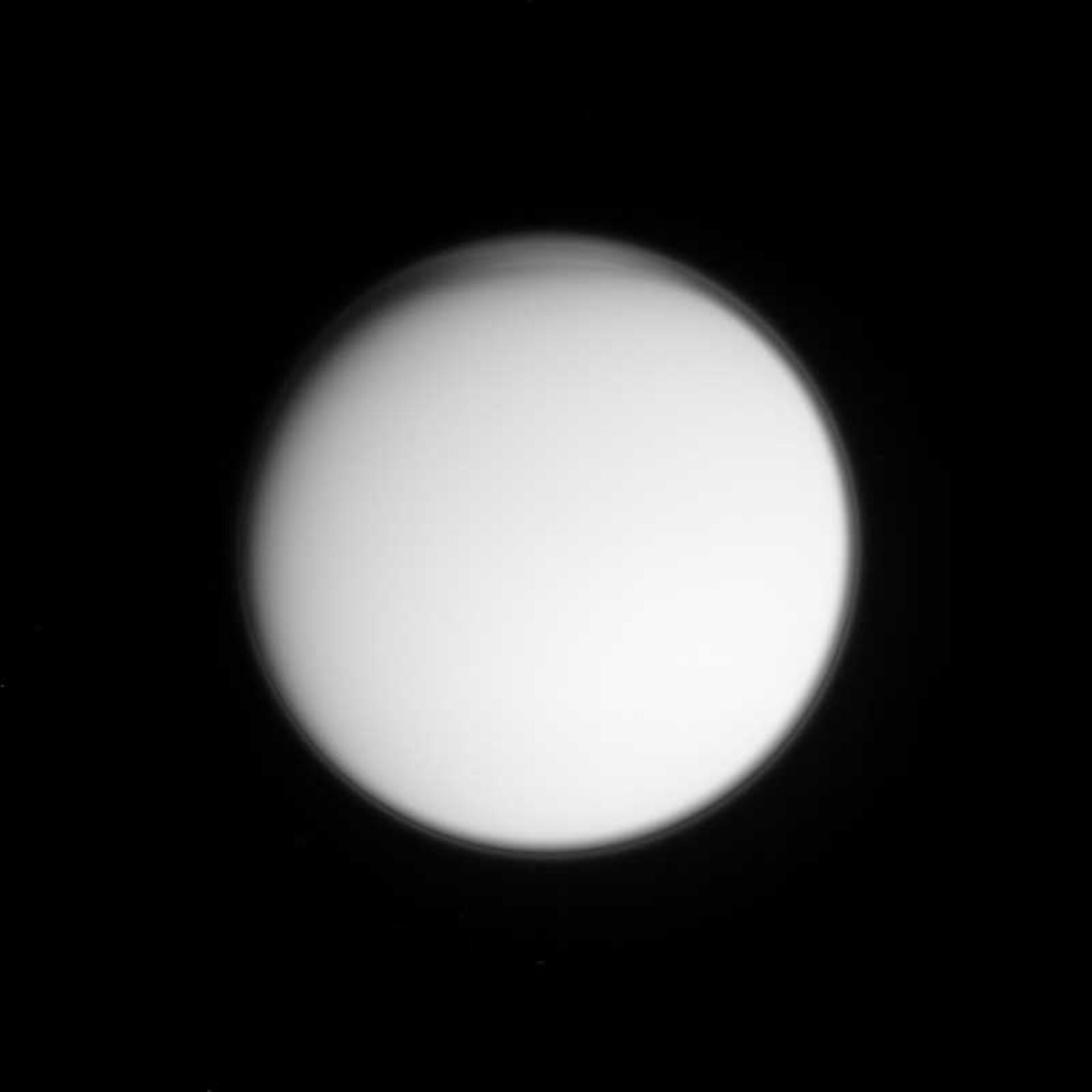 High-altitude haze and perhaps cloud layers are visible in this Cassini-Huygens Imaging Science Subsystem image acquired on 24 October 2004, as the spacecraft neared its first close encounter with Titan.

The image was captured at a distance of about one million kilometres using a near-ultraviolet filter, which is sensitive to scattering by small particles.

The Sun preferentially illuminates the southern hemisphere at this time of year, and the northern day-night terminator is visible at the upper boundary. The well-known global detached haze layer, hundreds of kilometres above Titan's surface, is visible as a thin bright ring around the entire planet. This layer is produced by photochemical reactions.

At the northern high-latitude edge of the image, additional striations are visible, caused by particulates that are at a high enough altitude to be illuminated by the Sun near the horizon despite the surface below being in darkness. These striations may simply be caused by wave perturbations propagating through the detached haze, or they may be evidence of additional regional haze or cloud layers not present at other latitudes.