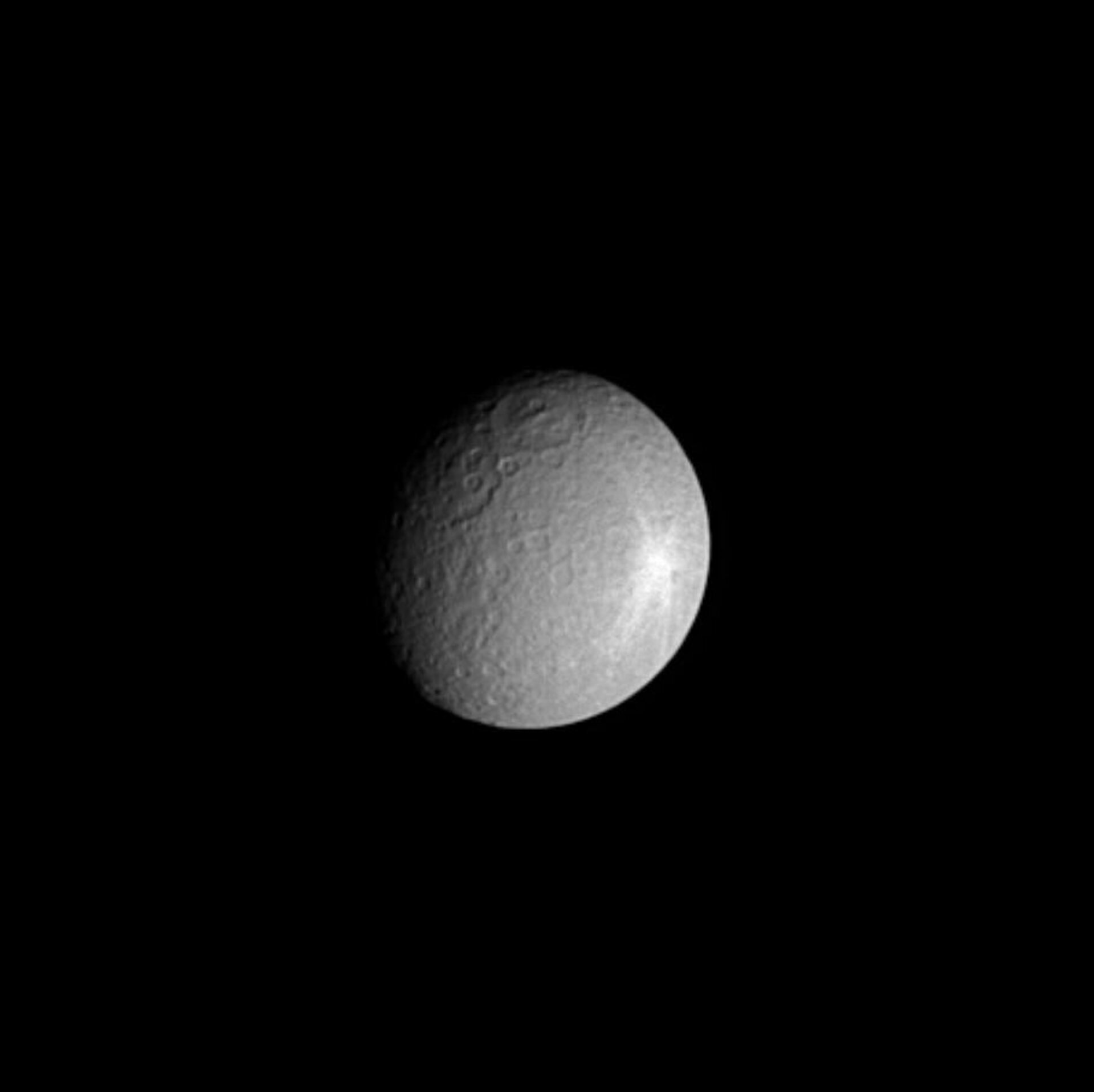 This image from the NASA/ESA/ASI Cassini-Huygens spacecraft shows a bright, rayed crater near its eastern limb. Rhea is about half the size of Earth's moon. At 1528 kilometres across, it is the second largest moon orbiting Saturn.

The image was taken in visible light with the Cassini-Huygens spacecraft narrow-angle camera on 24 October 2004, at a distance of about 1.7 million kilometres from Rhea. The image scale is approximately 10 kilometres per pixel.