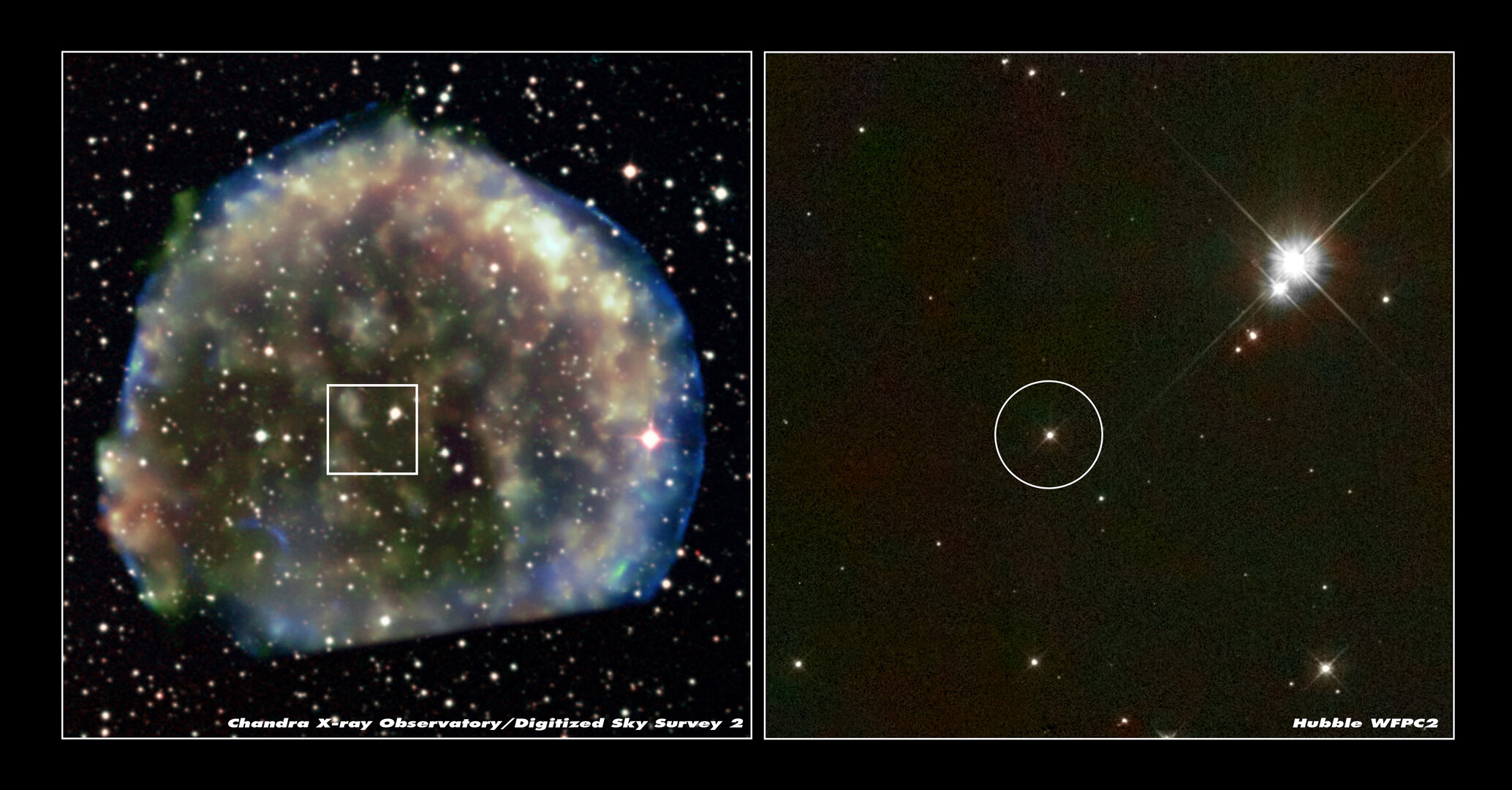 These images show the location of a suspected runaway companion star to a titanic supernova explosion witnessed in the year 1572 by the Danish astronomer Tycho Brahe and other astronomers of that era. This discovery provides the first direct evidence supporting the long-held belief that Type Ia supernovae come from binary star systems containing a normal star and a burned-out white dwarf star. When the dwarf ultimately explodes by being overfueled by the companion star, the companion is slung away from the demised star. The Hubble Space Telescope played a key role by precisely measuring the surviving star's motion against the sky background.

Right: A Hubble Space Telescope Wide Field Planetary Camera 2 image of a small section of sky containing the candidate star. The star is like our Sun except several thousand million years older. It is moving through space at three times the speed of the other stars in its neighbourhood. Hubble's sharp view allowed for a measurement of the star's motion, based on images taken in 1999 and 2003. The image consists of a single greyscale Hubble exposure colourised with the help of data from Digitized Sky Survey 2.

Left: The Hubble view is superimposed on this wide-field view of the region enveloped by the expanding bubble of the supernova explosion; the bubble and candidate star are at approximately the same distance, 10 000 light-years. The star is noticeably offset from the geometric centre of the bubble. The colours in the Chandra X-Ray image of the hot bubble show different X-ray energies, with red, green and blue representing low, medium and high energies, respectively. (The image is cut off at the bottom because the southernmost region of the remnant fell outside the field of view of the Chandra camera.)