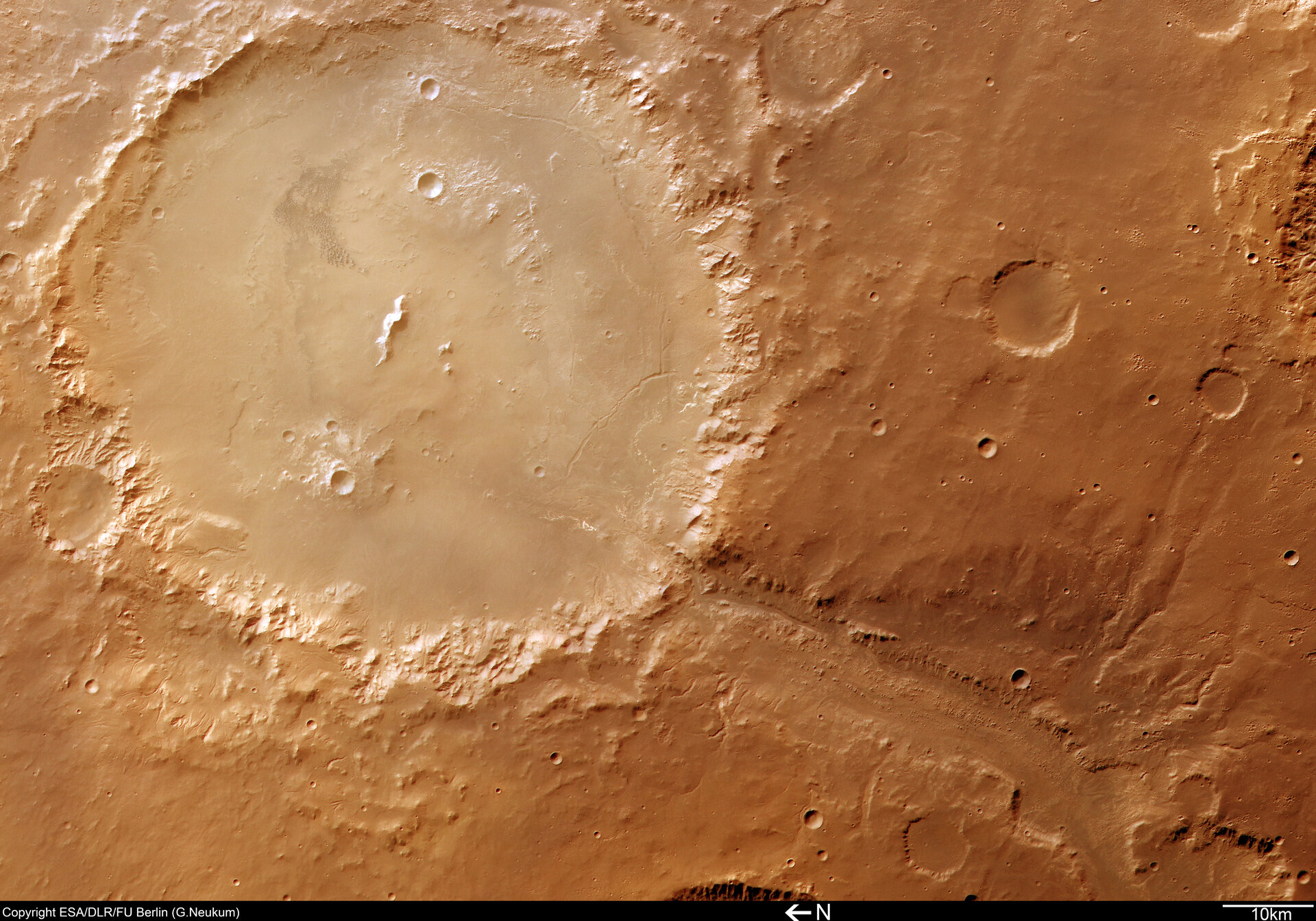 Mars Express obtained this image on 14 June 2004 during orbit 511 with a ground resolution of approximately 45 metres per pixel. The scenes show the region of Noachis Terra, over an area centred at about 26º South and 325º East. North is to the left.

The valley of Uzboi Vallis (bottom right) begins in the region of Argyre Planitia and crosses the southern highlands in the direction of the northern lowlands. It connects several large impact craters, such as the 140 kilometre-wide Crater Holden shown here.