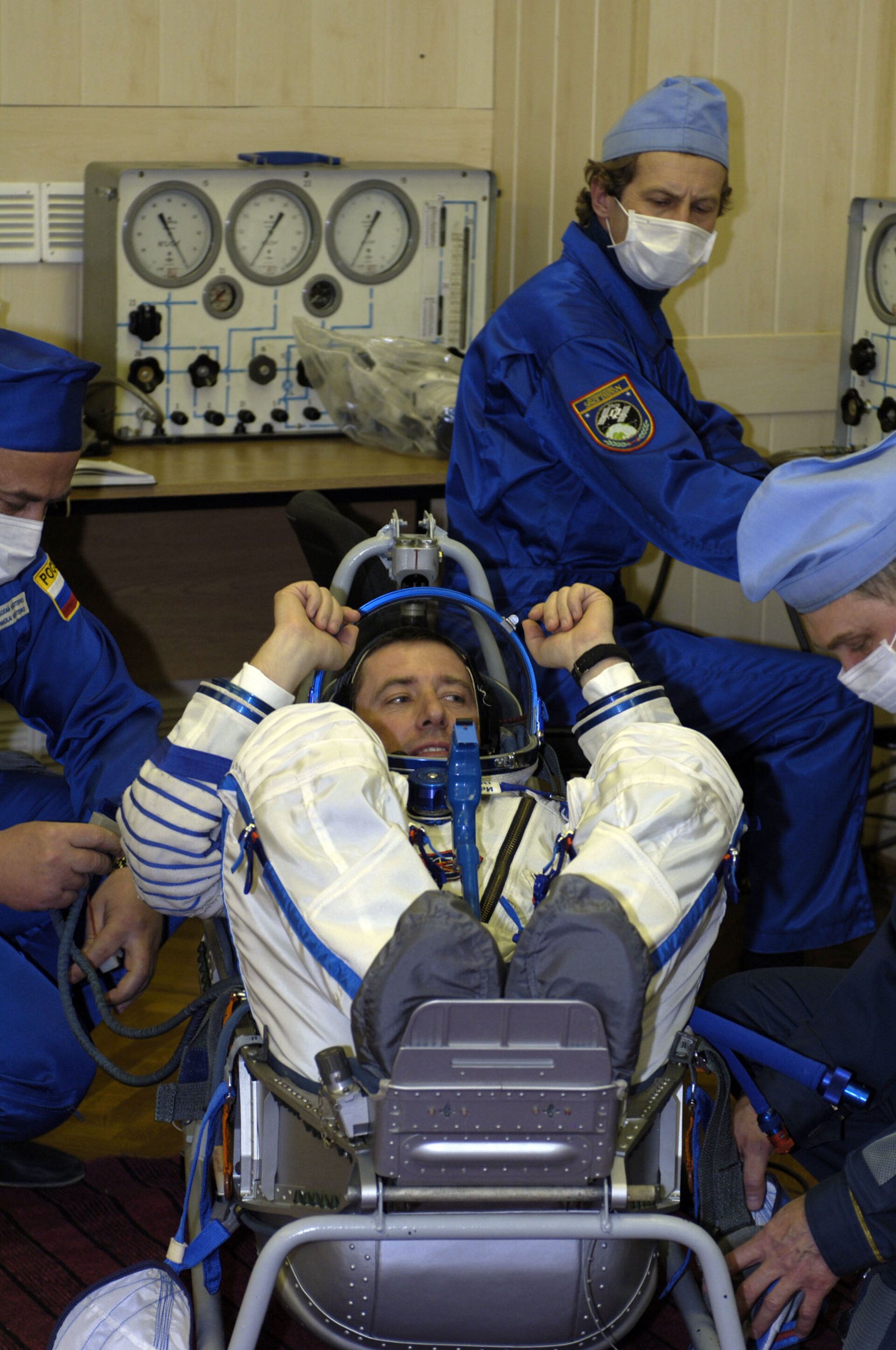 Eneide crew during the final check of their Sokol pressure suit in the MIK preparation facility at the Baikonour cosmodrome, Kazakhstan, about three hours before lift-off of the Soyuz TMA-6 spacecraft for the ENEIDE mission to the International Space Station (ISS) on April 15, 2005.
The Eneide Mission, with European Space Agency astronaut Roberto Vittori and the ISS Expedition 11 crew, lifted off today in the Soyuz TMA-6 spacecraft on Flight 10S to the International Space Station (ISS). The launch, from the Baikonur Cosmodrome in Kazakhstan, took place at 06.46 local time 02.46 Central European Summer Time).