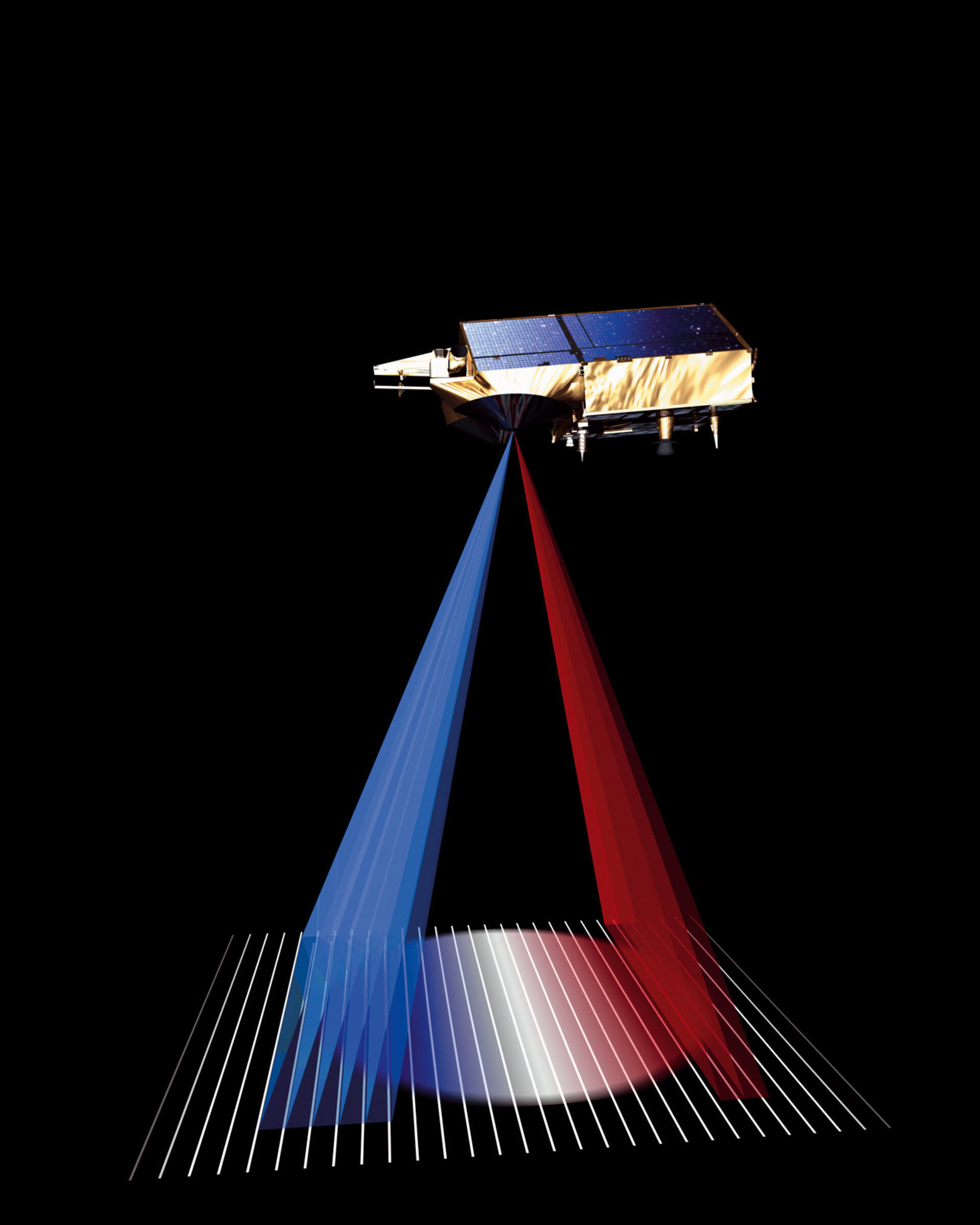 The footprint of the radar beam on the ground

The footprint of the radar beam on the ground has parts slightly ahead of the satellite and parts behind it. The satellite moves at high speed in its orbit - towards some parts of the footprint and way from others. This relative speed induces slight frequency shifts in the returning radar energy, due to the Doppler effect, shown as blue or red tint here. The radar echo contains the combination of all this energy but by processing a correlated burst of radar pulses it is possible to slice up the returning echo into a series of Doppler beams.