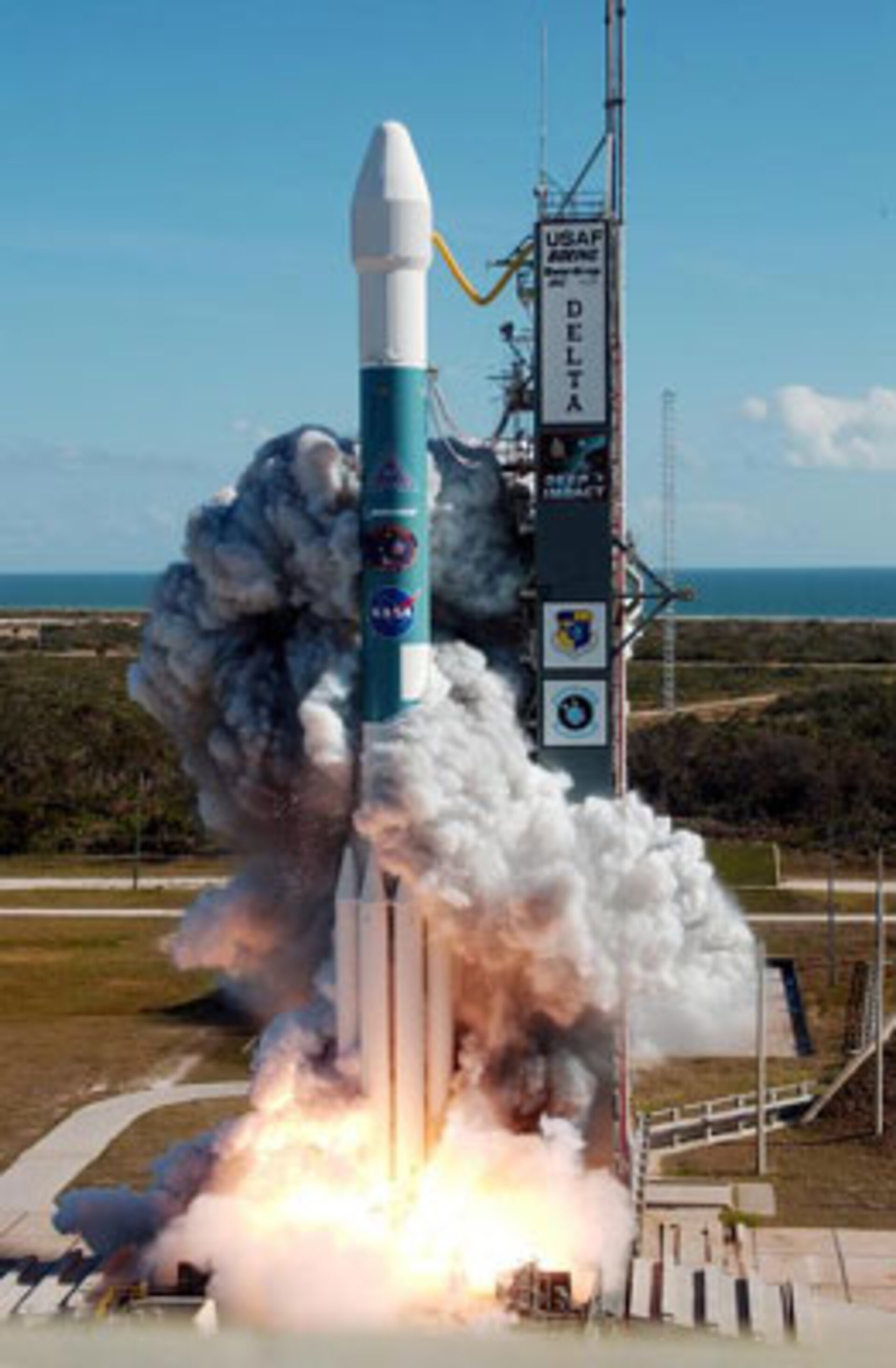 Erupting from the flames and smoke beneath it, NASA’s Deep Impact spacecraft lifts off at 1:47 p.m. EST today from Launch Pad 17B, Cape Canaveral Air Force Station, Florida. A NASA Discovery mission, Deep Impact is heading for space and a rendezvous some 120 million kilometres from Earth with Comet 9P/Tempel 1.

After releasing a 1x1 metre projectile (impactor) to crash onto the surface on 4 July 2005, Deep Impact’s fly-by spacecraft will help to reveal the secrets of the comet’s interior by collecting pictures and data of how the crater forms, measuring the crater’s depth and diameter as well as the composition of the interior of the crater and any material thrown out, and determining the changes in natural outgassing produced by the impact.