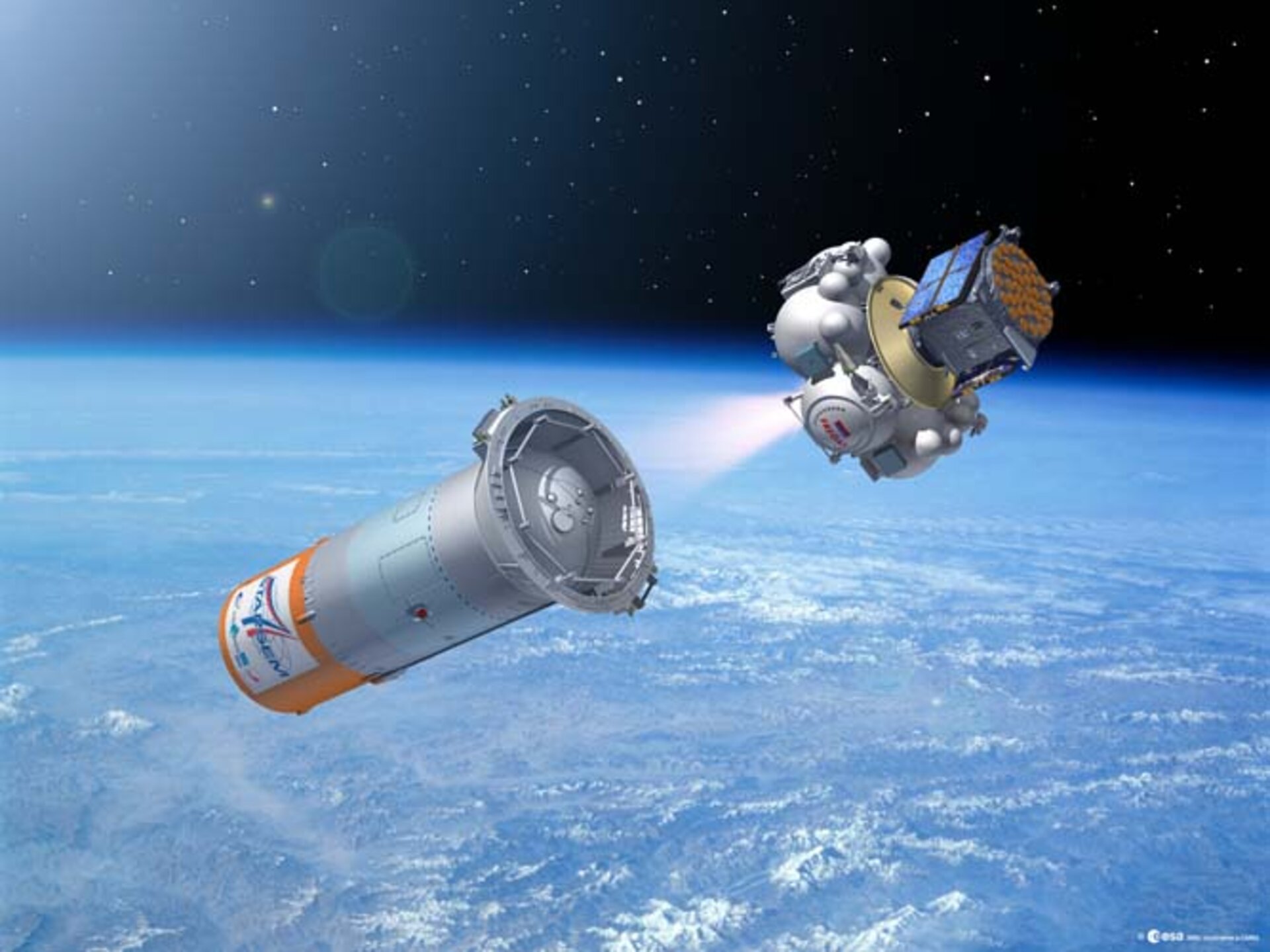 Artist view of the launch of GSTB-V2/A, the first of ESA’s two Galileo System Test Bed Version 2 demonstrators for the Galileo global navigation satellite system, due in December 2005, on a Russian Soyuz/Fregat vehicle. The Fregat upper stage separates from the third stage to reach a medium Earth orbit. On top of the satellite is its phased array L-band antenna able to illuminate all the visible Earth below it.