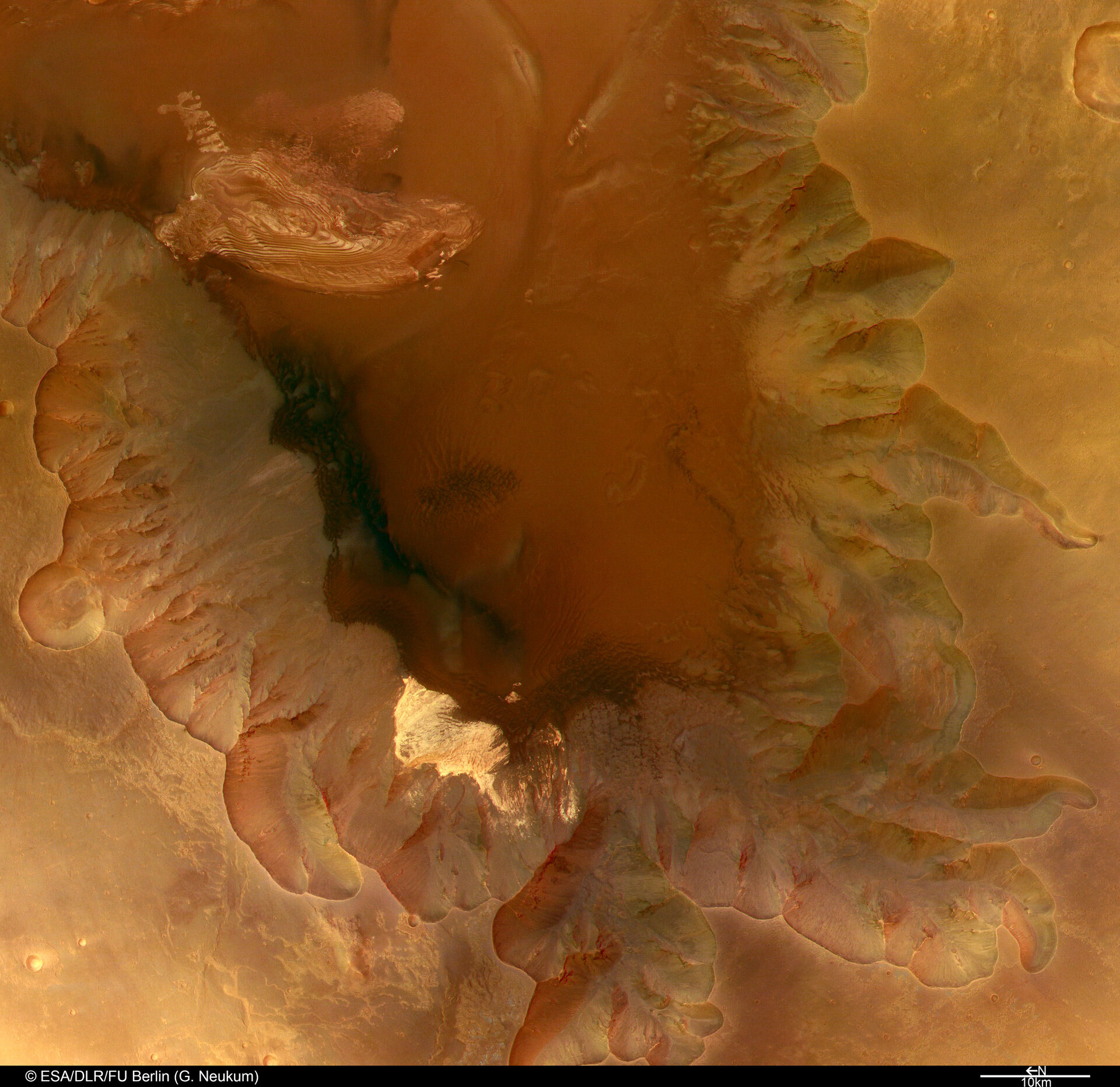 This image taken by the High Resolution Stereo Camera (HRSC) on board ESA’s Mars Express spacecraft, shows the depression of Juventae Chasma, cut into the plains of Lunae Planum on Mars.

The HRSC obtained this image on 26 March 2004 during orbit 243 with a ground resolution of approximately 23.4 metres per pixel. The scenes show the region of Lunae Planum, at approximately 5° South and 297° East. North is to the left.

In the north-eastern part of the scene, there is a mountain composed of bright, layered material. This mountain is approximately 2500 metres high, 59 kilometres long and up to 23 kilometres wide.