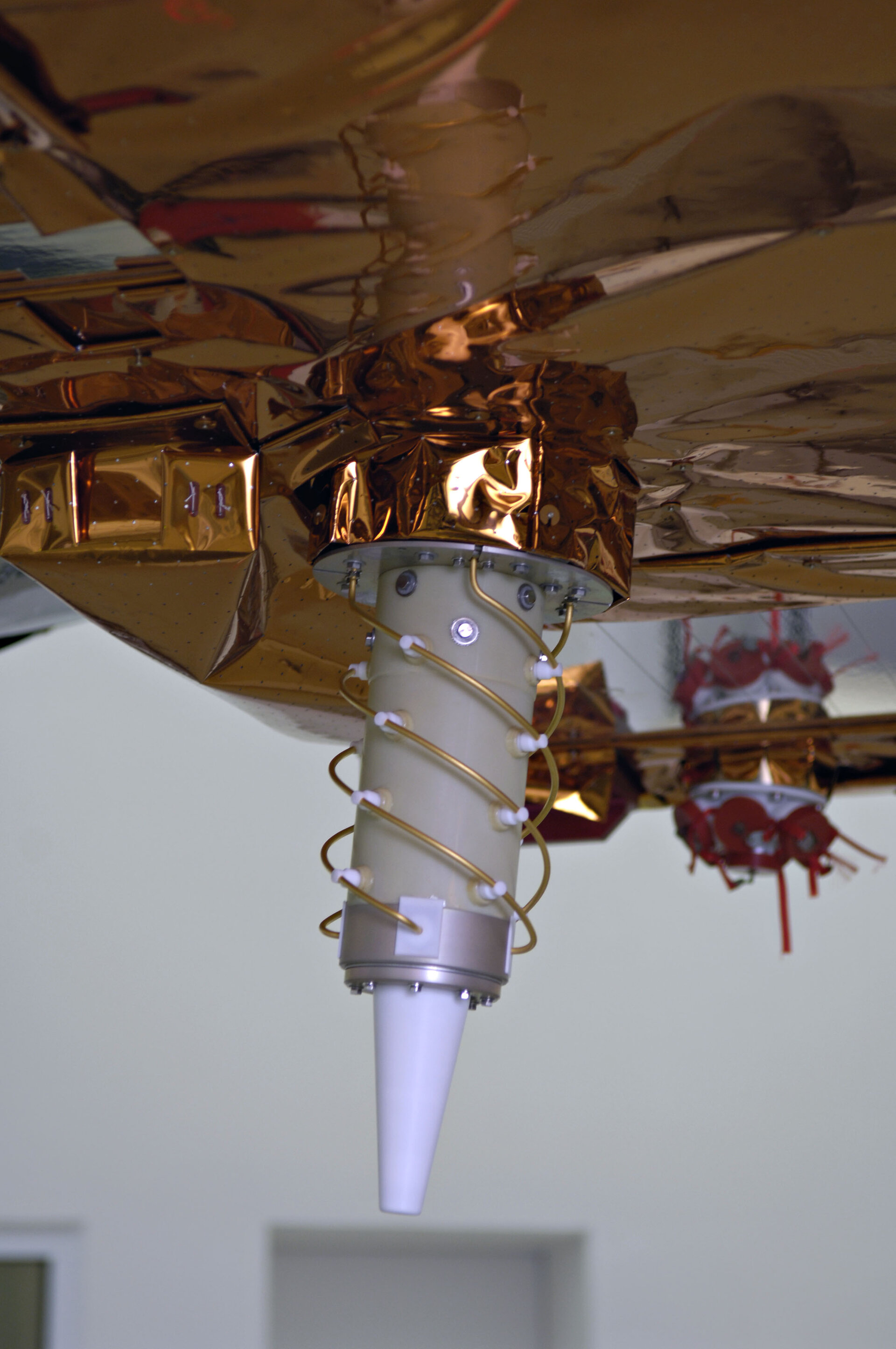 Antenna of the Doris orbitography system mounted on ESA's Cryosat satellite after completion of acoustic tests at IABG (Industrieanlagen Betriebsgesellschaft mbH) in Ottobrunn, Germany, in July 2005.