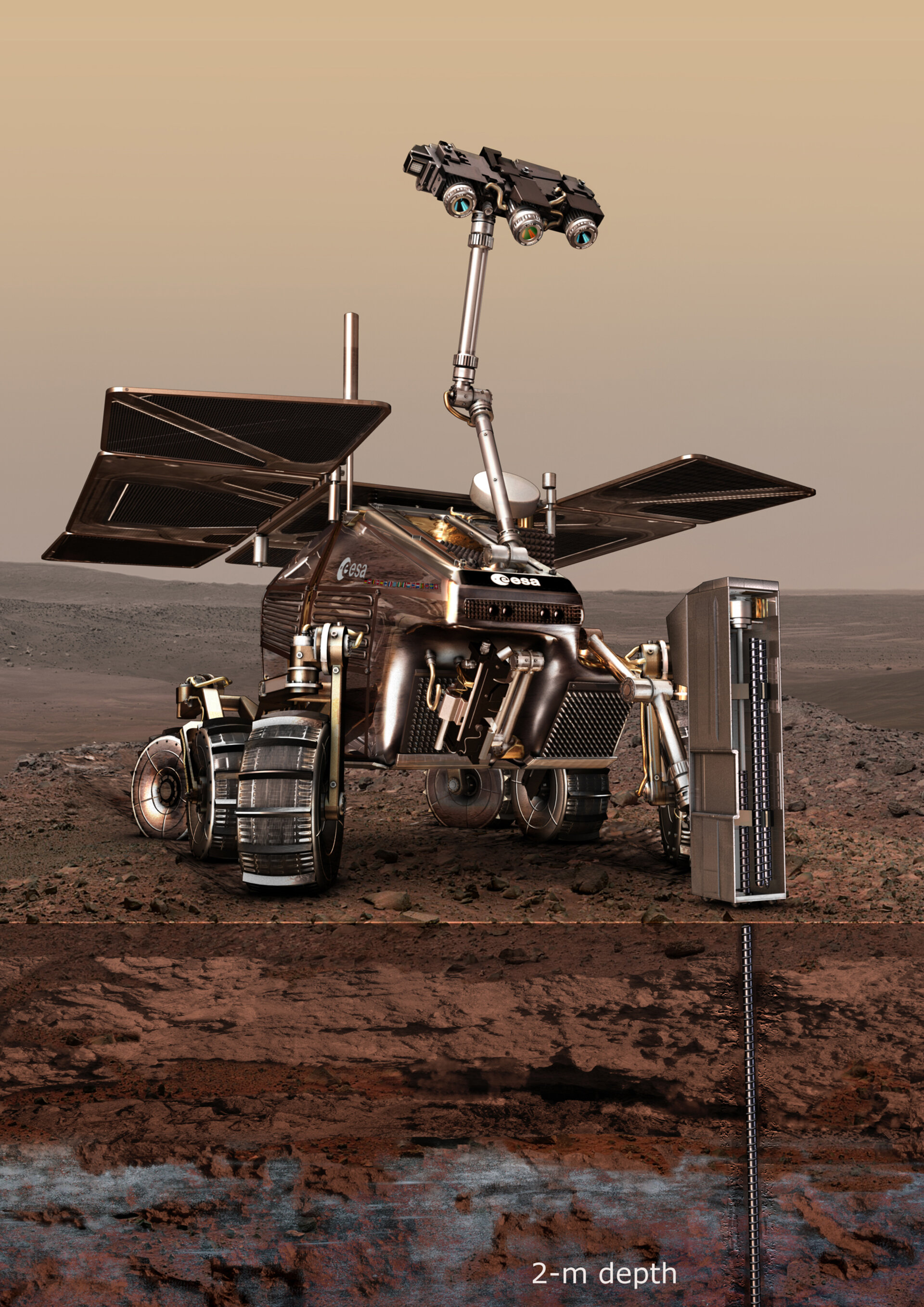 The ExoMars rover will be ESA's field biologist on Mars. Its aim is to further characterise the biological environment on Mars in preparation for robotic missions and then human exploration.

The Mars descent module will deliver the rover to a specific location by using an inflatable braking device or parachute system.

Using conventional solar arrays to generate electricity, the Rover will be able to travel a few kilometres over the rocky orange-red surface of Mars. The vehicle will be capable of operating autonomously by using onboard software and will navigate by using optical sensors. Included in its approximately 40 kg exobiology payload will be a lightweight drilling system, a sampling and handling device, and a set of scientific instruments to search for signs of past or present life.