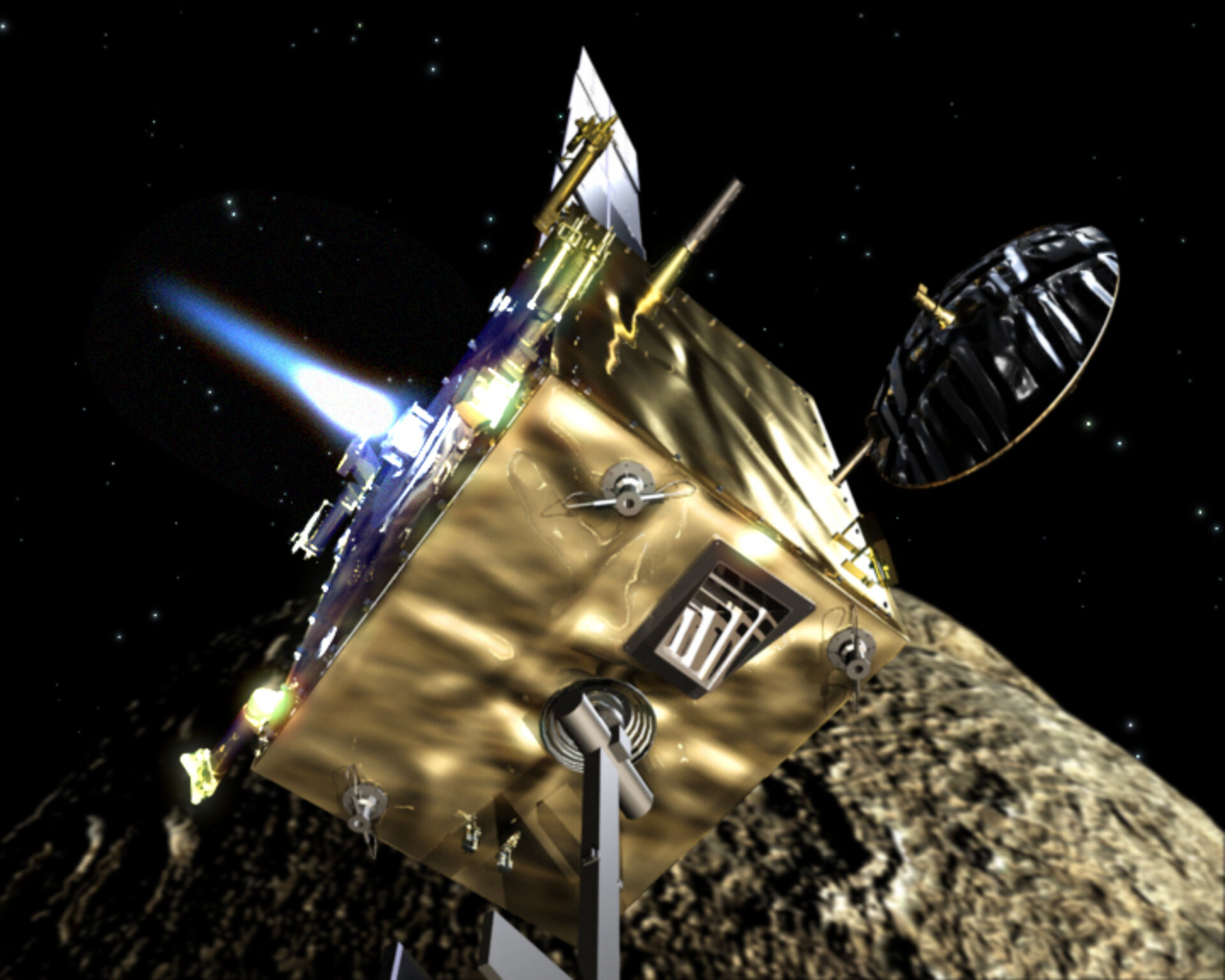 The Don Quijote mission under study is based on two phases.
In the first phase a spacecraft (Sanchez) would rendezvous with an asteroid and go into orbit around it, monitoring it for several months. In the second phase another spacecraft would slam into the asteroid, while the first spacecraft watches, looking for any changes in the asteroid's trajectory.

If it becomes a reality, Don Quijote would launch sometime early in the next decade.