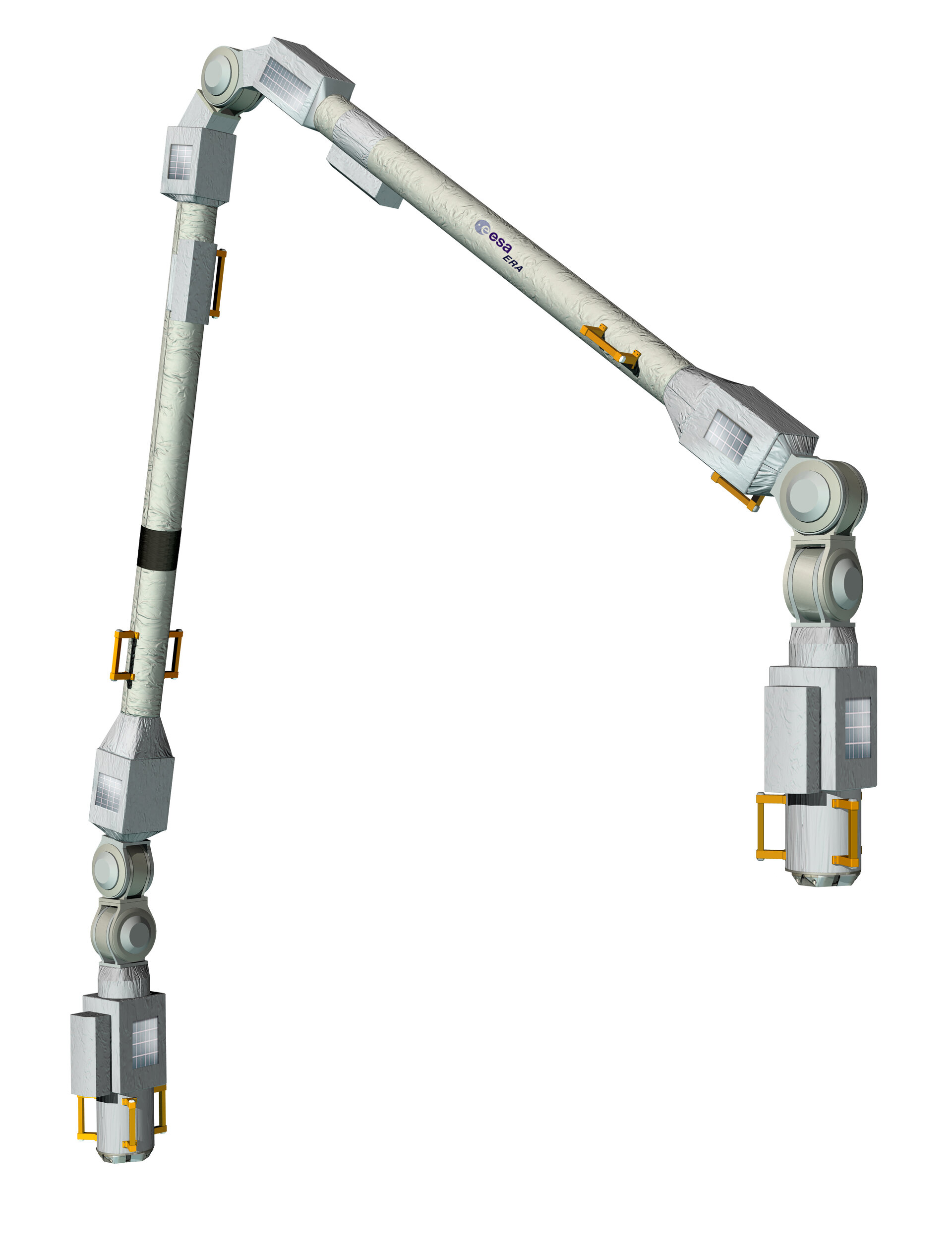 Artist's impression of European Robotic Arm (ERA). Able to move in a similar manner to a human arm, ERA is symmetrical in design around its central elbow joint, with both ends of the arm concluding in end effectors that can function together with their wrists either as ‘shoulders’ or ‘hands’. ESA designed ERA as part of its contributions to the ISS. The 11.3-m long, seven degrees of freedom robotic manipulator will be the third arm to reach the Station, following Canada’s ‘Canadarm’ and Japan’s Remote Manipulator System. Serving the Russian segment of ISS, ERA will be able to manipulate payloads of up to 8 tonnes, with a positioning accuracy of 5 mm.