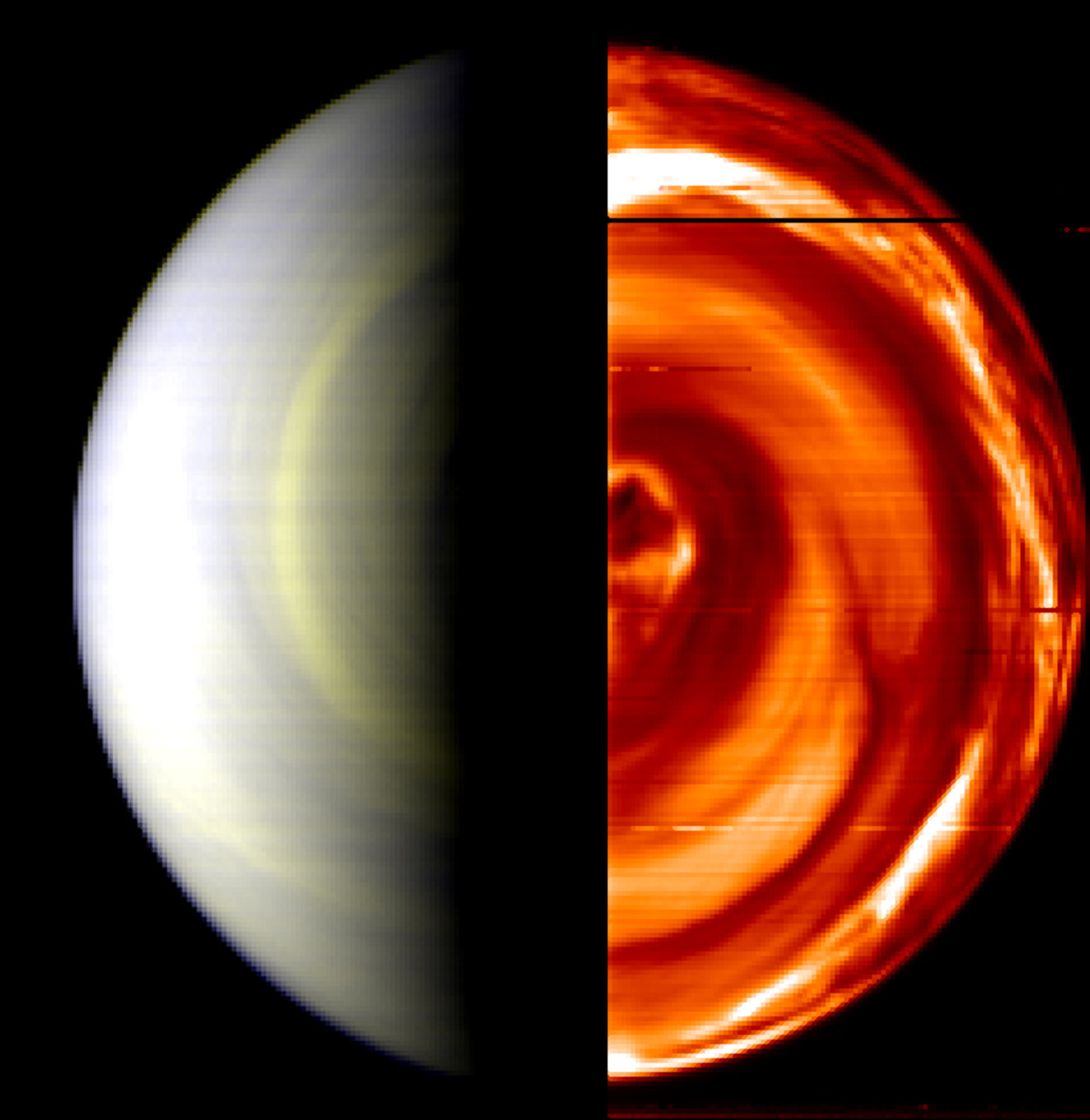 This false-colour composite, built with images taken by the Visible and Infrared Thermal Imaging Spectrometer (VIRTIS) onboard Venus Express, is one of the first-ever views of the southern hemisphere of Venus. The images were taken on 12 April 2006 from a distance of 206 452 kilometres, as the spacecraft passed below the planet in an elliptical arc.

The dark vortex shown almost directly over the South pole is a previously suspected but until now unconfirmed structure that corresponds to a similar cloud structure over the North pole.

The VIRTIS composite image shows Venus’s day side at left and night side at right, and corresponds to a scale of 50 kilometres per pixel.

The more spectacular night half, shown in reddish false colour, was taken via an IR filter at a wavelength of 1.7 microns, and chiefly shows dynamic spiral cloud structures in the lower atmosphere, around 55 kilometres altitude. The darker regions correspond to thicker cloud cover, while the brighter regions correspond to thinner cloud cover, allowing hot thermal radiation from lower down to be imaged.