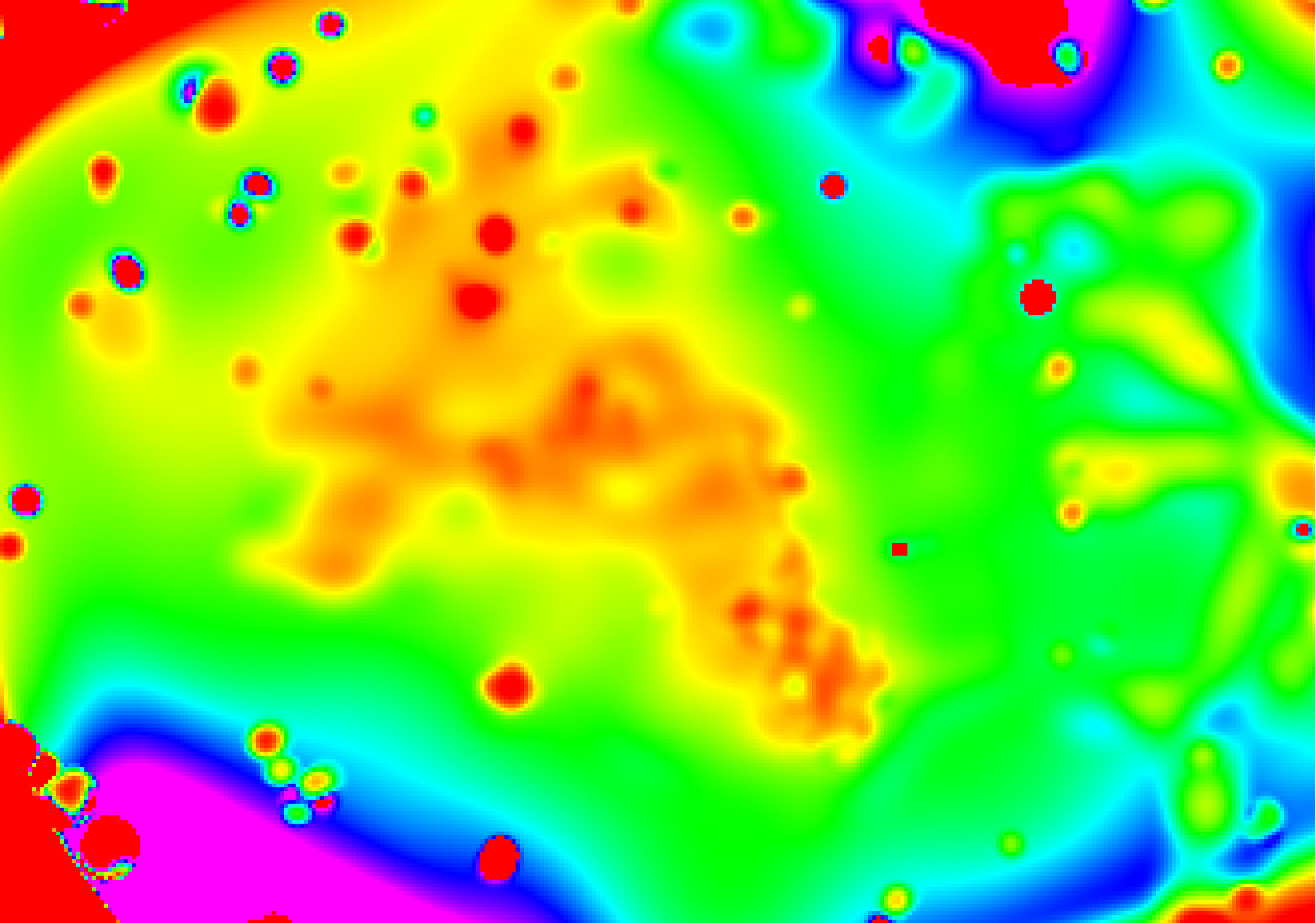 This X-ray image shows a comet-like blob of gas about 5 million light-years long hurling through a distant galaxy cluster at nearly 1 000 kilometres per second. The 'comet' is confined to the orange regions in this image. The head is the lower right, with reddish areas. The tail fans outward because there is less pressure to confine it. The colour red refers to regions of lower entropy, a thermodynamical measure of disorder. The orange regions have higher entropy.

This entropy map, different from brightness or temperature, helps scientists separate the cold and dense gas of the 'comet' from the hotter and more rarefied gas of the cluster. The data show with remarkable detail the process of gas being stripped from the comet's core (entropy goes up) and forming a large tail containing lumps of colder and denser gas. The 'comet' itself is a low-entropy gas; the ambient medium is a high entropy gas; the core of the comet has even lower entropy. The researchers estimate that a sun's worth of mass is lost every hour.