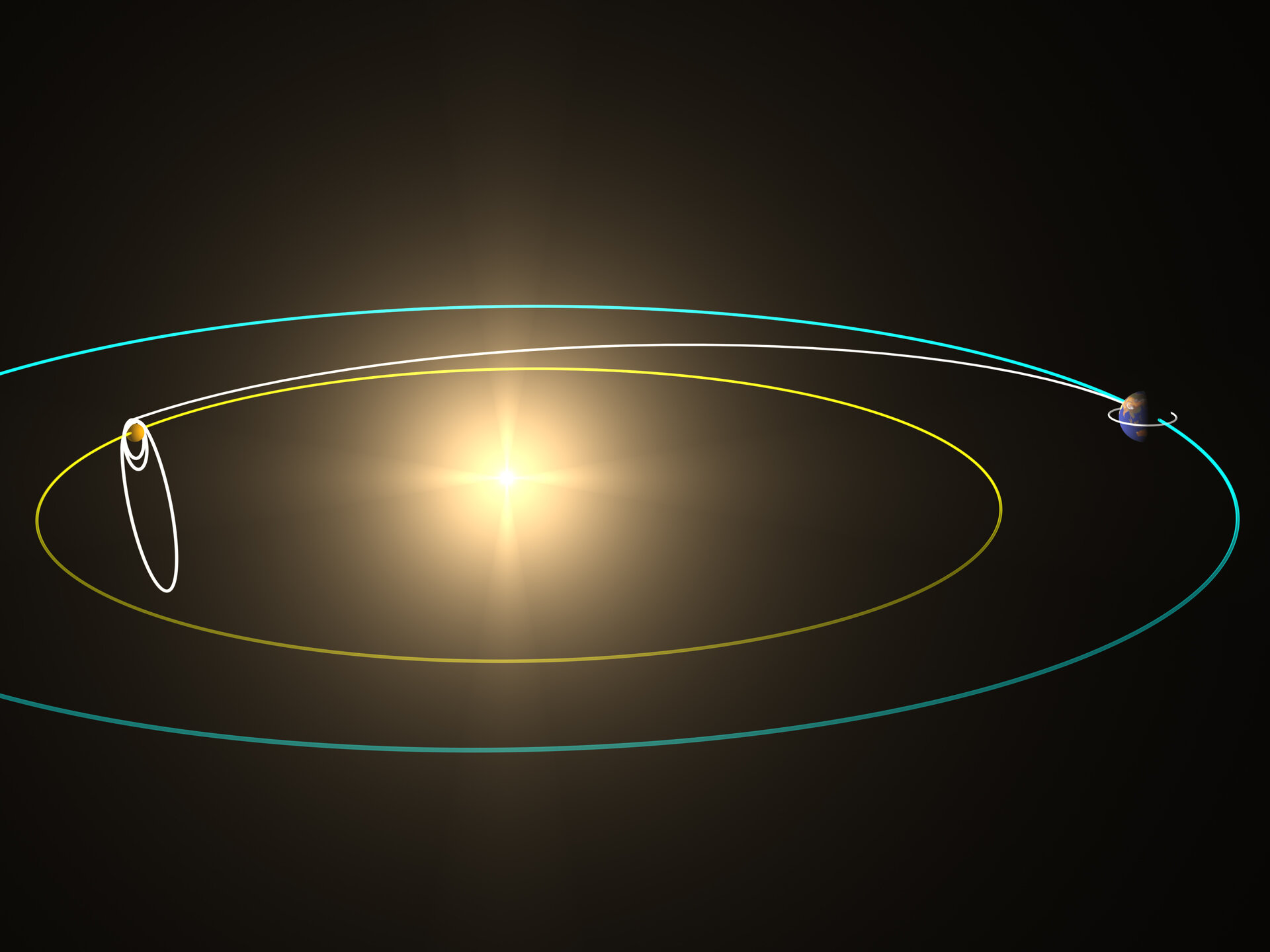 This artist's impression shows the trajectory of ESA's Venus Express to its final destination, planet Venus. In the first week of March 2006, the spacecraft crossed the path of the planet around the Sun. The trajectory took it inside the orbit of Venus to ‘anticipate’ the celestial motion of the planet and finally to catch up with it on 11 April 2006. Once at Venus, the spacecraft will have travelled 400 million kilometres. The injection into orbit will put the spacecraft into a first, elongated orbit lasting about 9 days. On 7 May 2006, after a series of manoeuvres and 16 ever smaller loops around the planet, Venus Express will reach its final operational orbit, lasting 24 hours.